After toying with us for the past few weeks, winter has finally decided to well and truly arrive here in Brisbane.  I don’t know what it is about the cold weather, but it makes me want to have quiet days (well as quiet as it can be with two loud boys) at home cooking with the boys.  After flipping through an old recipe book from the footy club my brother in law plays for (aren’t those books just the best!) we decided to make the most of the boys new found love of jam and make this simple Jam and Coconut Slice recipe. 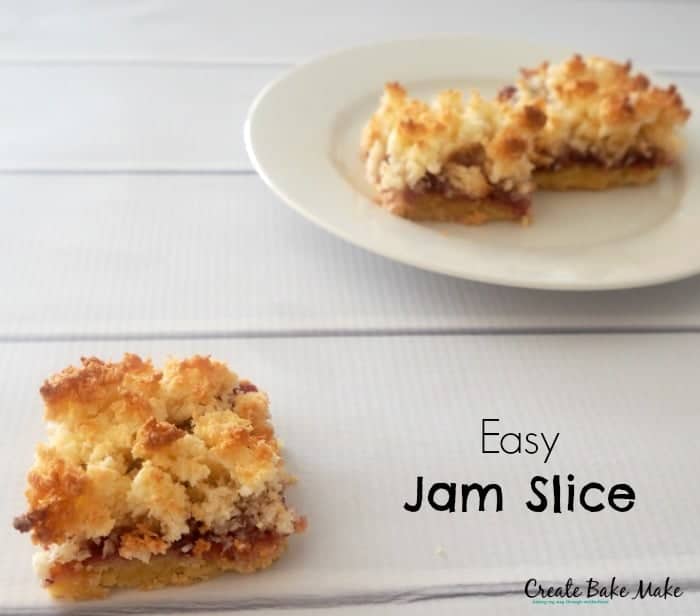 This isn’t a recipe I’d generally make when my helpers are with me as there are a few steps and neither of them have much patience.  Things certainly got a little tense when I was convinced I’d mucked up the recipe when there didn’t seem to be enough mixture to cover the slice tin. A quick call to Mum for some reassurance that all was fine, I battled with the mixture until it completely covered the tray.  It’s not often that I admit it, but Mum was right (and I know she will be reading this) and while it didn’t look great before it went into the oven, once cooked it looked fine.

The boys then had a great time helping spread the jam over the top of the cooled slice before I quickly put together the top layer and popped it back into the oven for the final time. 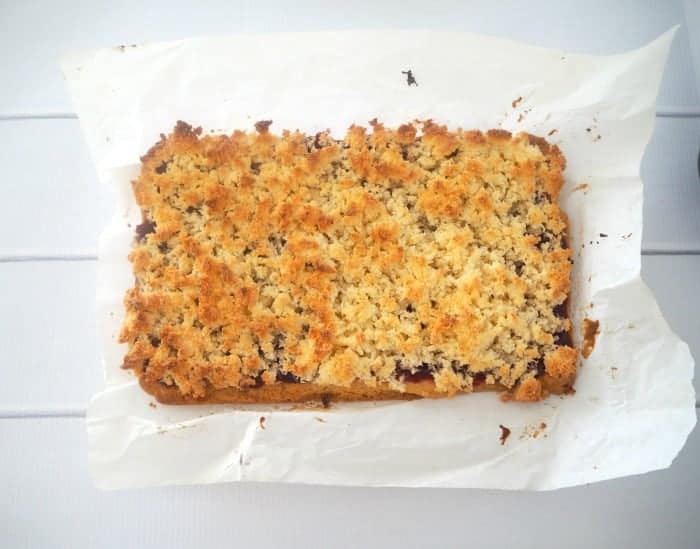 Taking a bite of this slice certainly took me back to when I was little and it made the perfect treat to have with my afternoon coffee.  The boys both enjoyed it and had a great time picking off the topping so they could lick the jam off the biscuit base – yep we really need to work on their manners! 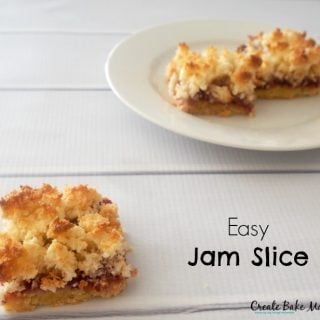 Preheat your oven to 180 degrees.

Line the base and sides of a 28 x 18cm slice tin with baking paper.

Place the butter, sugar, flour and baking powder into your Thermomix bowl and blitz for 10 seconds on speed 7.

Scrape down the sides of your bowl and add the egg yolk and blitz for 7 seconds on speed 4 or until a soft dough forms.

Press the dough into the base of the prepared slice tin.  Use two metal spoons to help spread the mixture across the surface.

Place the tray into the oven and bake for approximately 13 – 15 minutes or until the base has turned golden brown.

Allow the base to cool for 10 minutes before adding the raspberry jam.

To make the topping, place the caster sugar, egg and coconut into your Thermomix bowl and mix on speed two for 10 seconds or until combined.

Sprinkle the topping over the raspberry jam and bake the slice for a further 25 minutes or until the topping turns a lovely golden brown colour.

Remove the slice from the oven and let it cool in the tin before carefully transferring to your bench top to cut into pieces. 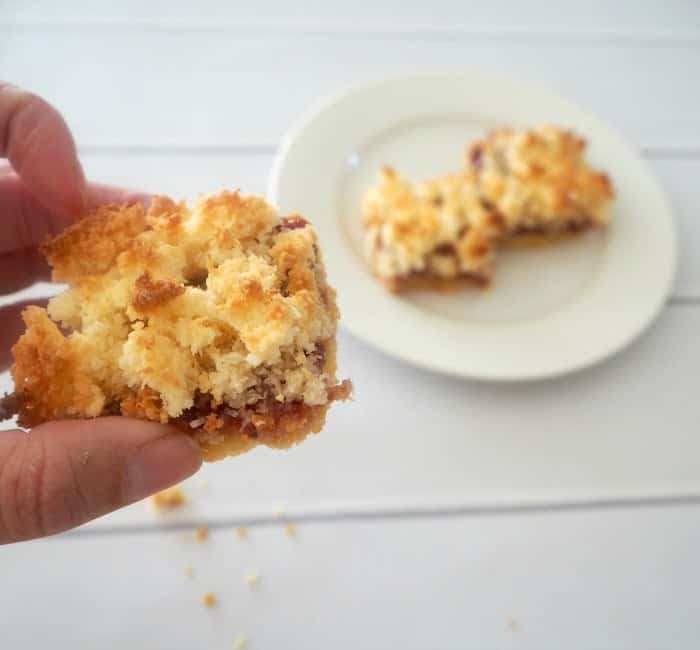 Do you love recipes from football club recipe books too?