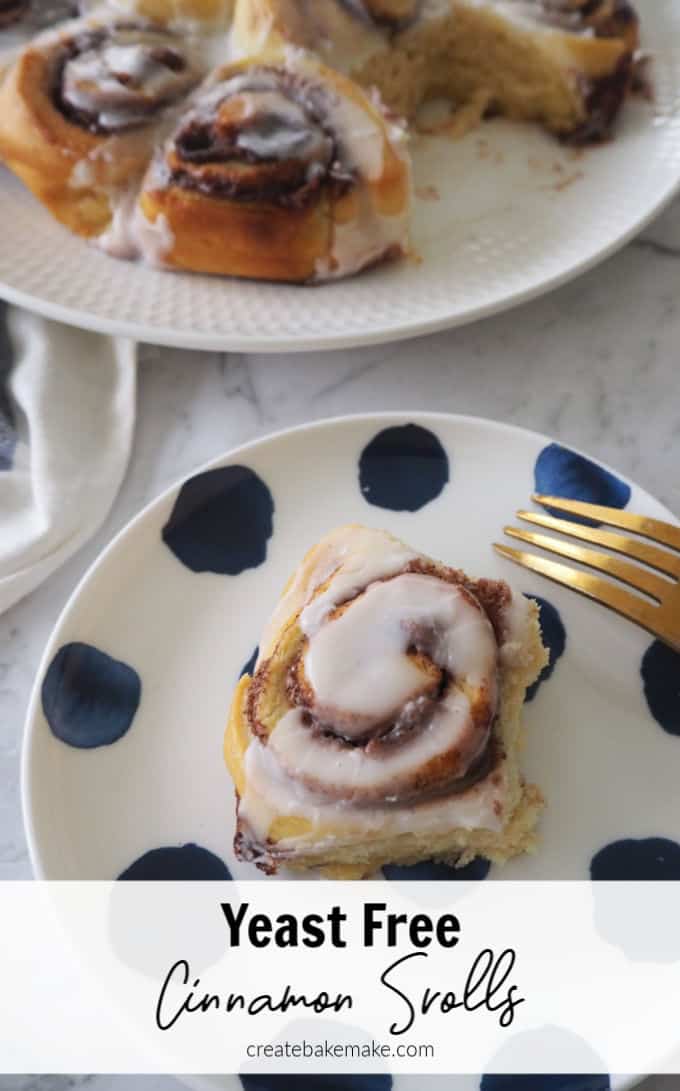 I’ve been wanting to have a go at making Cinnamon Scrolls for what feels like FOREVER and with Mother’s Day coming up I decided now was as good a time as any to finally give them a try – after all there will be no fancy breakfast in bed for me unless I make it myself! In the interests of saving time, I decided to use my fail safe scroll dough recipe – the same one I used for my Vegemite and Cheese Scrolls and Nutella and Raspberry Scrolls to create these yummy and most importantly yeast free Cinnamon Scrolls. 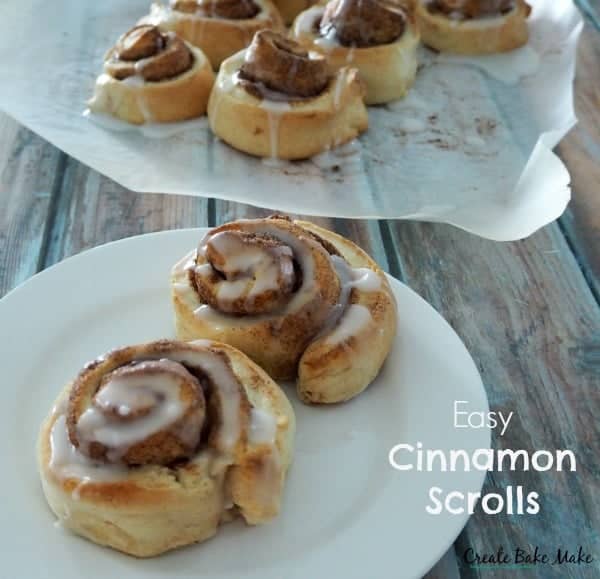 To make these Yeast Free Cinnamon Scrolls, simply combine the butter, salt and self raising flour until it resembles breadcrumbs. 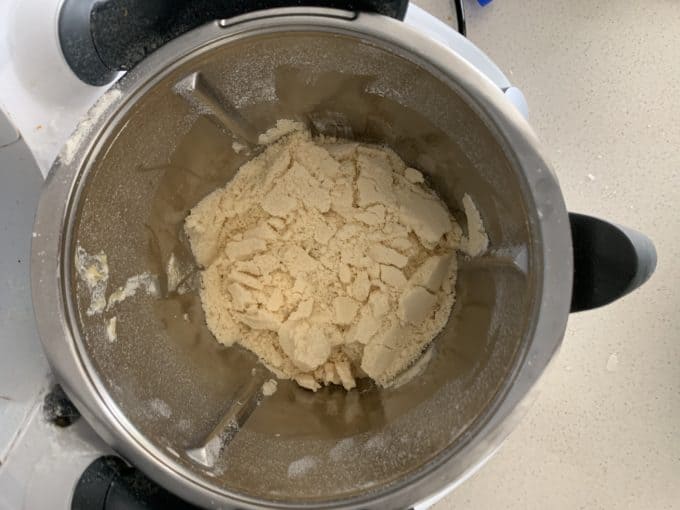 Then add the milk and knead. 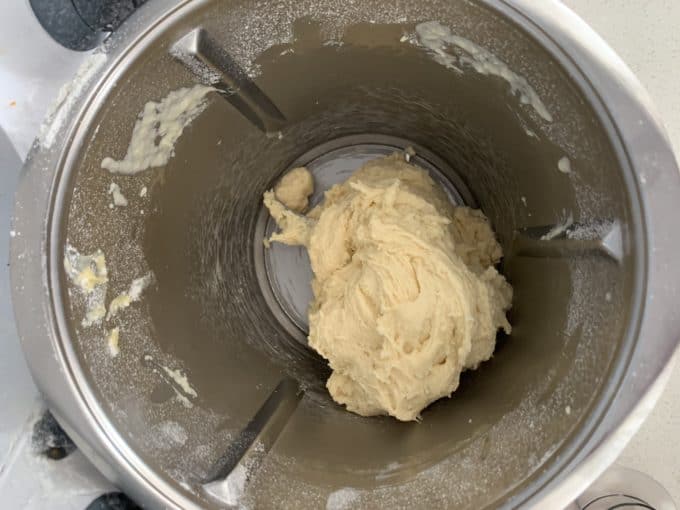 Roll to form a large rectangle 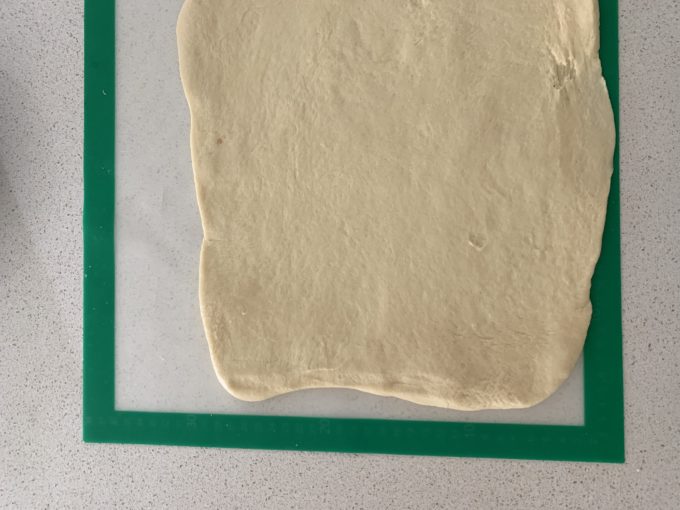 Spread the cinnamon, sugar and butter mixture over the top and roll. 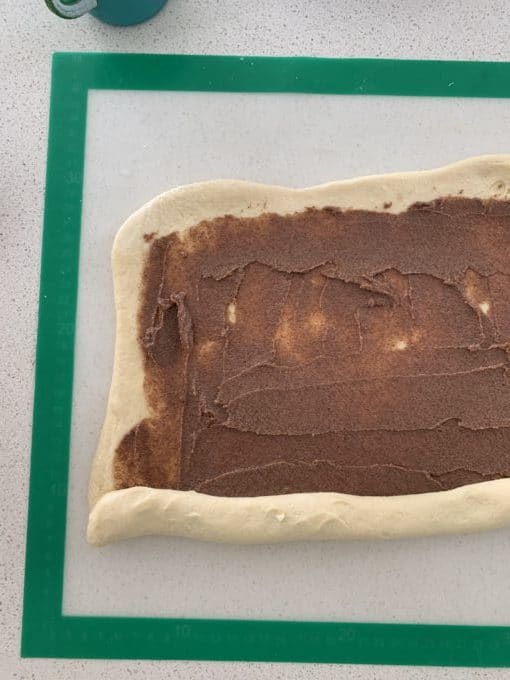 And then place into your baking tray/tin. 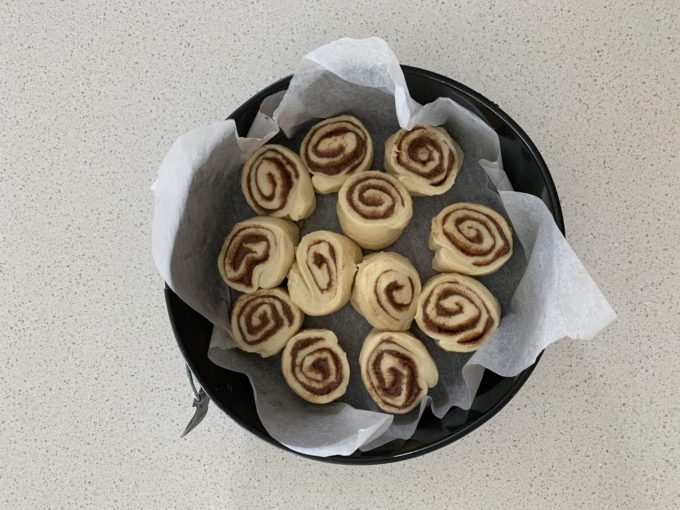 Watch How to Make These Easy Yeast Free Cinnamon Scrolls Below

Now I’m going to give you a warning before you read this recipe, these scrolls are most certainly a sometimes food and cannot be considered healthy in any shape or form.  Thanks to the combination of a thick and generous butter, sugar and cinnamon filling is complemented perfectly by the soft scroll dough and sweet vanilla icing you only need one (ok maybe two) to satisfy you – but if you eat these warm I dare you to stop at just one! 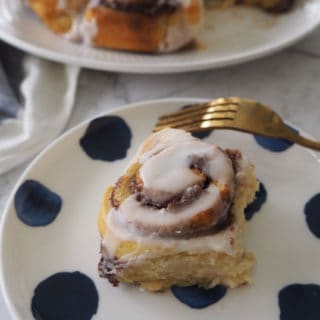 You can bake these Scrolls on either a baking tray or a round tin.  I make the dough into 12 scrolls, you can make more or less but your cooking time will vary. These Scrolls are freezer friendly both iced and plain.
Keyword Freezer Friendly, Lunchbox Snacks, Scrolls, Thermomix, Yeast Free
Tried this recipe? Please leave a rating and tag me on Instagram! Mention @createbakemake or tag #createbakemake!

1.  Preheat your oven to 210 degrees and line a baking tray with baking paper.

6. Spread the softened butter all over the dough, leaving a 2cm gap around the edges.

7. Combine the caster sugar and cinnamon before sprinkling over the top of the butter.

8. Starting at the long side, carefully roll the dough until enclosed.

10. Place on a baking tray – make sure to leave enough room for the scrolls to rise.

11. Bake in oven for 20 minutes or until golden brown on top and cooked through.

12. Let the scrolls cool on the tray for five minutes while you make the Vanilla Icing by combining the icing sugar, boiling water and vanilla extract.

13. Drizzle the Vanilla icing over the top of the Cinnamon Scrolls before letting them cool for a further five minutes. 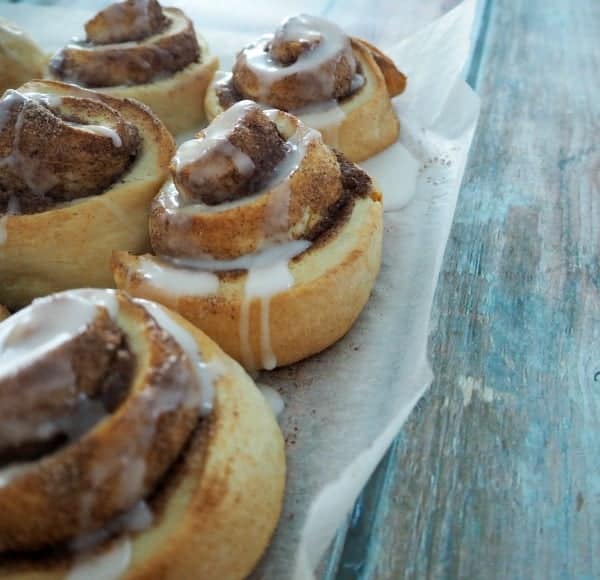 For more easy recipe ideas, check out our ThermoBliss Freezer Friendly Snacks Book or my Family Dinners Made Easy Book. You can browse the full range of books, eBooks and products here.