As you know I’ve been on a bit of a Hot Cross Bun baking spree.  When I’ve been thinking about the different variations of buns I could make, it occurred to me that I’d forgotten about the good old Choc Chip Hot Cross Buns. 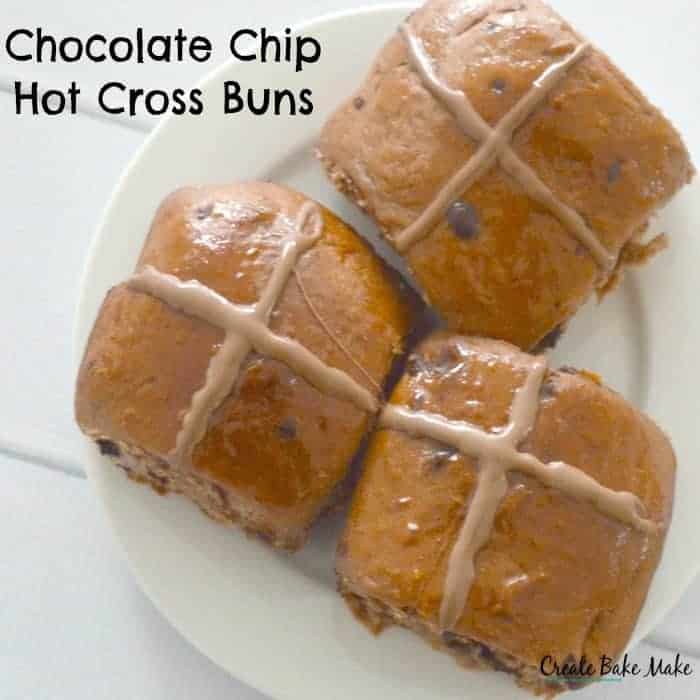 I admit I used to be a little bit of a Hot Cross Bun traditionalist, and would refuse to buy or even taste a hot cross bun which wasn’t filled with fruit (and don’t even get me started on fruitless Hot Cross Buns!) but a couple of years ago I finally succumbed to the pressure and tried a Choc Chip Hot Cross Bun and there has been no turning back since then. 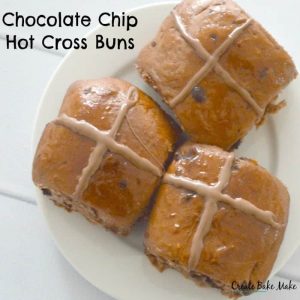 1.  Lightly oil a large bowl and line a 23cm cake tin with baking paper and set aside until needed.

2.  Place the yeast, 2 teaspoons of the sugar and all of the milk into your thermomix bowl and cook for 2 minutes on 37 degrees, speed 1. Leave the yeast mixture in the bowl whilst you move onto the next steps.

3.  Add the flour, cinnamon, egg, butter and remaining sugar into the thermomix bowl. Mix for 15 seconds on speed 7 or until all ingredients have combined. 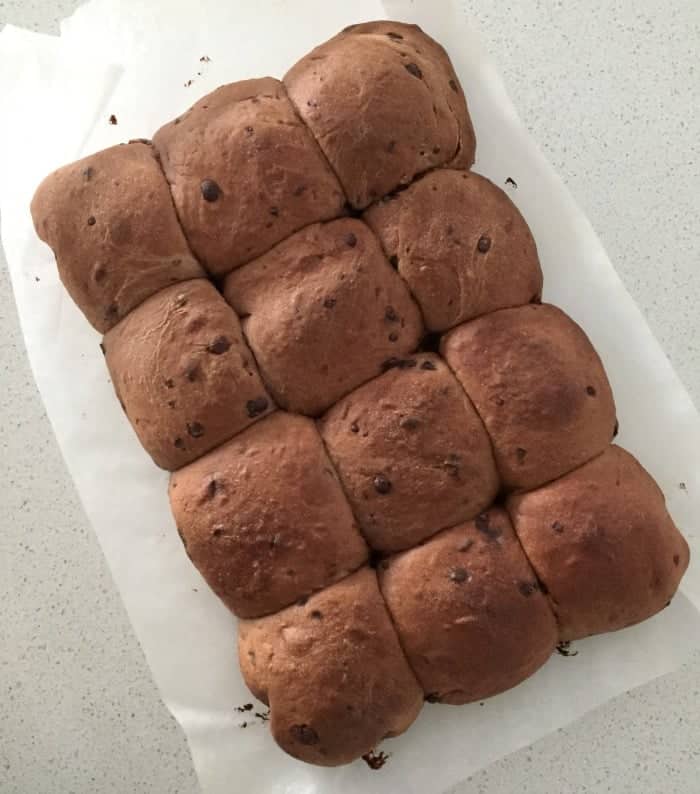 The first few times I made these, I was worried that I was doing something wrong as the chocolate chips always seemed to melt whilst combining the ingredients and kneading them.  I’ve since come to accept that this is to be expected when it’s still 30 + degrees here in Brisbane (hello autumn, where are you?) and I actually quite enjoy the taste and texture of the melted chocolate throughout the buns.

Have you made any Hot Cross Buns yet?

Do you also think chocolate chips make everything taste better?