It was my husband’s birthday a couple of weeks ago and to celebrate he took a Friday off work so we could enjoy a long weekend together.  However as luck would have it, we ended up stuck inside for almost two days thanks the unrelenting rain caused by ex Tropical Cyclone Marcia.  To help give the boys something to do (as well as cure our boredom) I decided to spend one of the days baking.  All four of us LOVE Hot Cross Buns but wanting to try something a little different, I asked the lovely people over on my Facebook page for some Hot Cross Bun flavour suggestions.  Thanks to these guys, I’ve now got another five combinations I want to try, but they are going to have to be pretty impressive to beat these White Chocolate and Cranberry Hot Cross Buns. 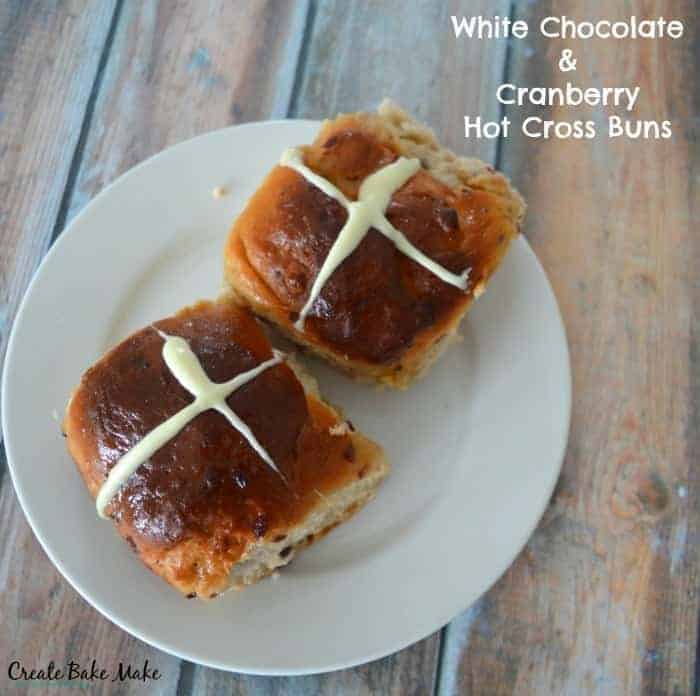 I used the same dough mixture as my Easy Hot Cross Buns recipe and just omitted the mixed spice and replaced the sultanas and raisins with dried cranberries (craisins) and white chocolate. 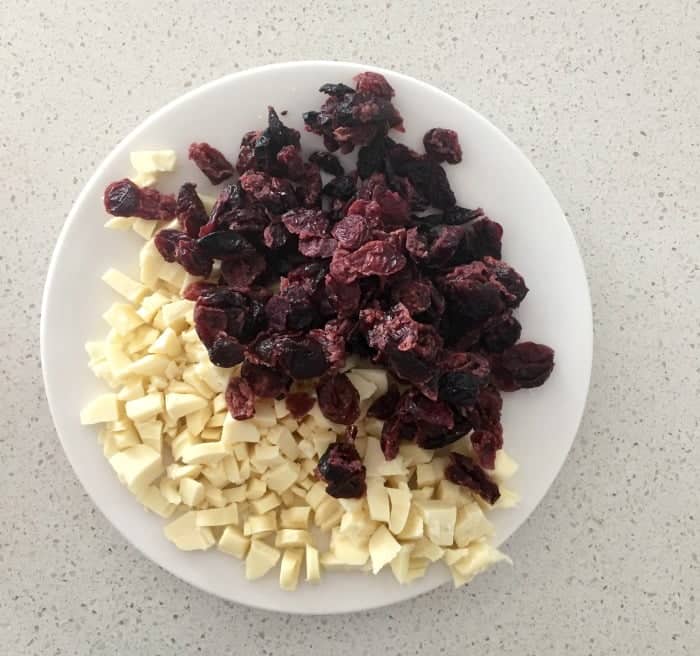 It was a little bit of a challenge to find a warm spot for the dough to rise, but after we turned the oven on to cook our lunch, we were sorted.

These little buns have the most beautiful flavour thanks to the white chocolate melting a little and combining with the dough while they bake. 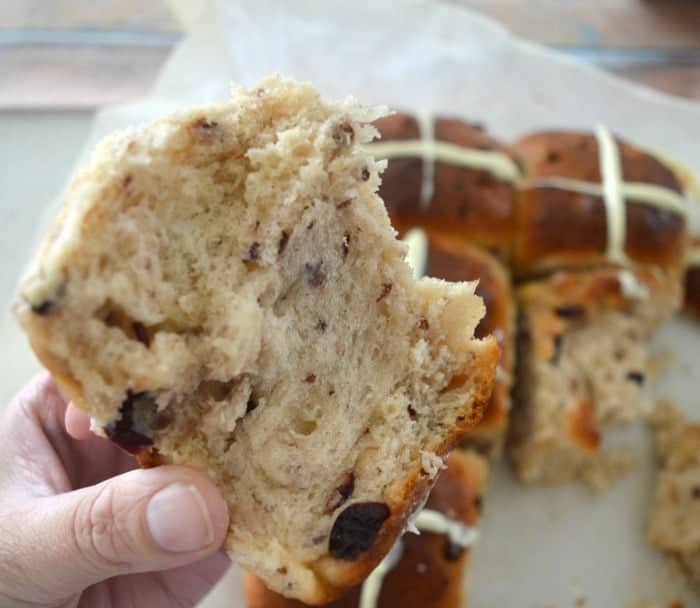 They are a light, sweet and best of a delicious variation on the good old Hot Cross Bun and will definitely be making another appearance before Easter. 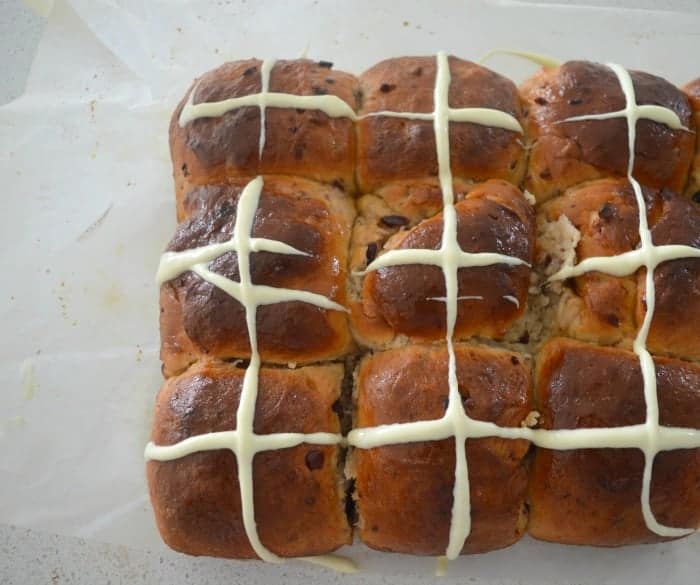 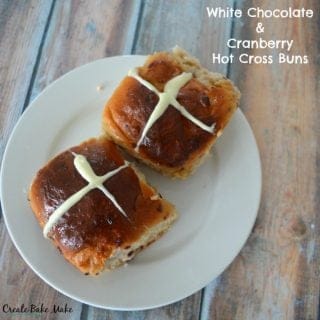 1. Break 100g of white chocolate into squares and place into your thermomix bowl. Blend for 5 seconds on speed 5 or until it’s roughly chopped (time may vary due to the temperature of your chocolate).  Pour into a separate bowl and set aside.

2. Place the yeast, 2 teaspoons of the sugar and all of the milk into your thermomix bowl and cook for 2 minutes on 37 degrees, speed 1. Leave yeast mixture in bowl whilst you move onto the next steps.

3.  Lightly oil a large bowl and set aside until needed.

4. Line a 23cm cake tin with baking paper and also set aside until needed.

5. Add the flour, cinnamon, egg, butter and remaining sugar into the thermomix bowl. Mix for 15 seconds on speed 7 or until all ingredients have combined.

6. Add the craisins and whopped white chocolate to the bowl and combine for 3 minutes using the kneading function. 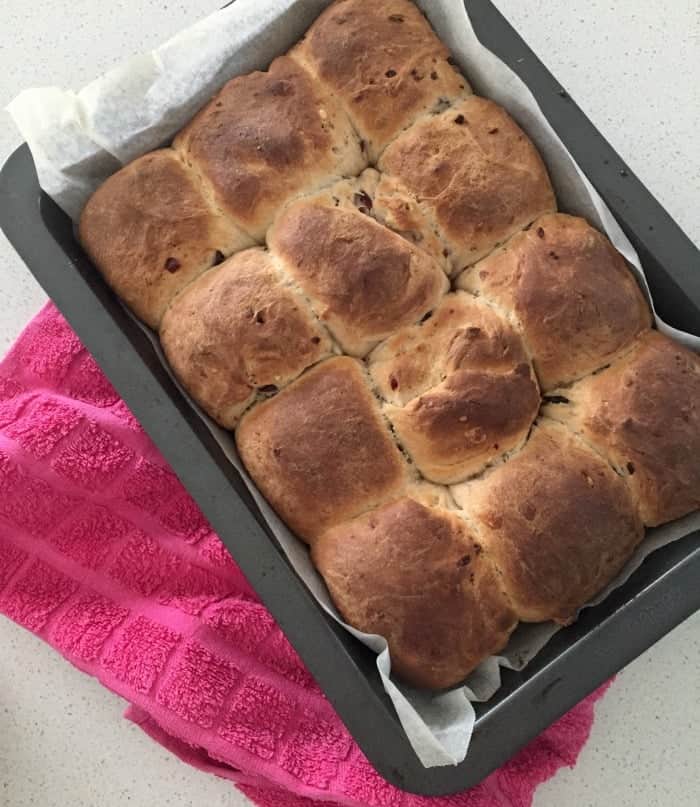 Do you like non traditional Hot Cross Buns?
What is your favourite flavour?