Looking for the perfect dessert? This Tim Tam and Baileys Cheesecake is for you! 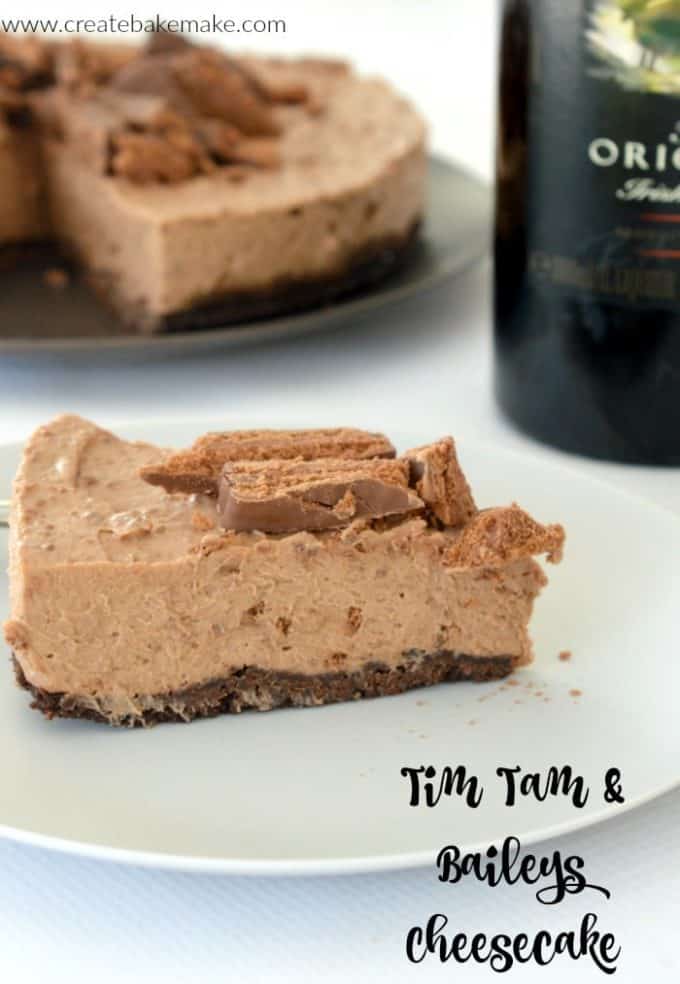 I’ve made a few decadent desserts in my time, but this Tim Tam Baileys Cheesecake would have to be the most decadent of all – seriously!  I knew that I wanted to try and make a Baileys cheesecake of some type and when my bargain hunter husband bought home FOUR packets of Tim Tams when they were on special recently, the decision was made for me! 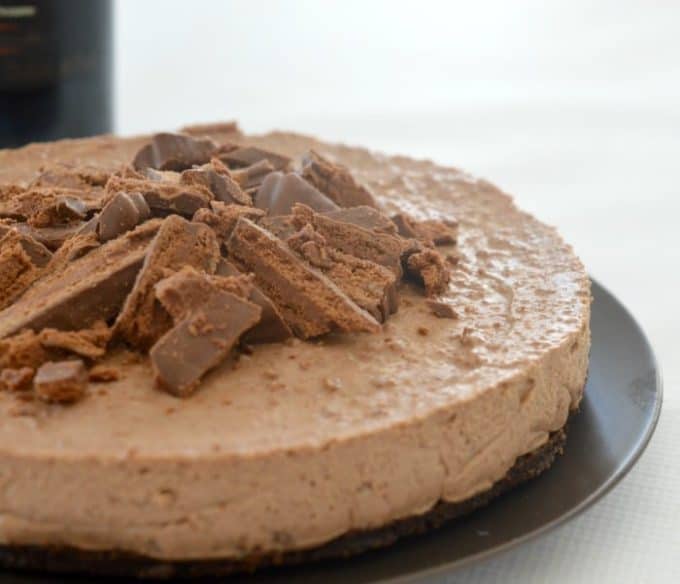 I based the recipe on my Maltesers and Mars Bar Cheesecake recipe and added around 1 ½ packs of Tim Tams (yep, you read that right!) to the cheesecake itself, and then used the remaining Tim Tams to decorate the top – yum! 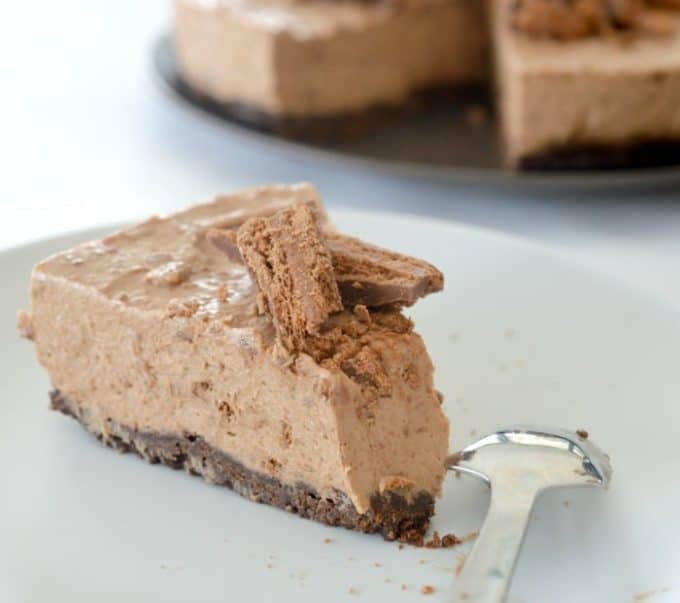 The only mistake I made when putting this recipe together was making it when both of the boys were home with me and I had a terrible time trying to stop them from licking the bowl and then wanting to try a piece of this ‘grown up cake’.  I had to end up hiding it up to the top of the fridge behind the water containers to stop them climbing into the fridge (yes that does happen in our house) to try and take a piece. 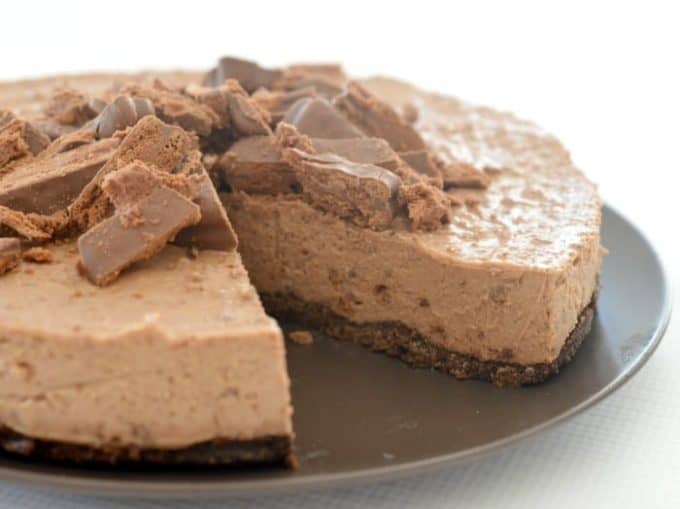 Even after all of the Baileys recipes I’ve made so far, I still have around ⅓ of a bottle of the stuff left, I’d love to hear your suggestions on what I should make next! 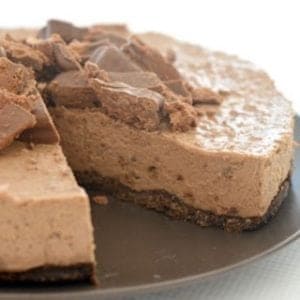