I will always remember my first attempt at making Melting Moments biscuits, it was waaay back when I was still at primary school and during the school holidays I persuaded my Mum to let me bake something by myself.  I’m not sure exactly what I did wrong but instead of perfect buttery biscuits I some how ended up with a bubbling puddle of burnt biscuit dough.  Thankfully when I attempted this recipe a few years ago I had much more success and this easy Melting Moments recipe is now a regular in our house when I want to make something a little special. 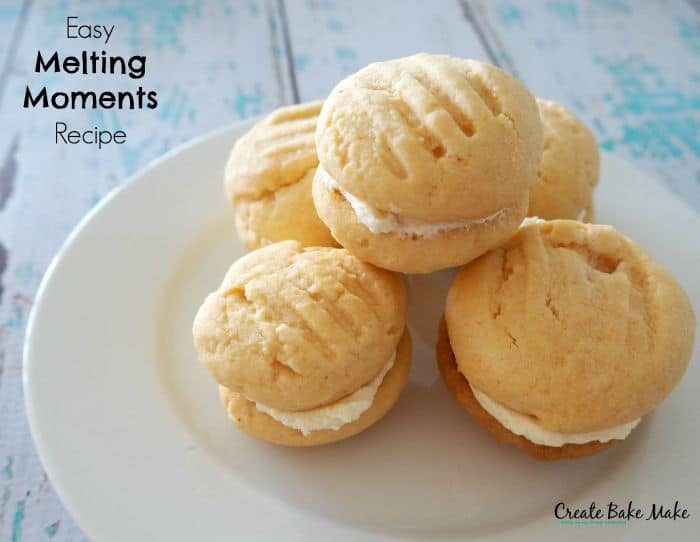 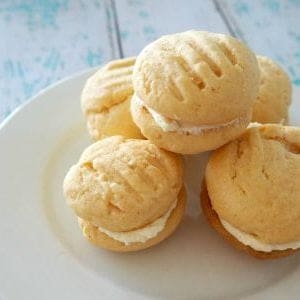 1.  Line two baking trays and preheat your oven to 180 degrees.

2. Place 250g of softened butter into your Thermomix bowl with the butterfly attachment and whip for 20 seconds on speed 4.

5.  Use a tablespoon to scoop up the mixture and shape into balls before placing onto your prepared baking trays and lightly flatten with a fork – you should make around 28 biscuits.

6. Place the baking trays into the oven and cook for 20 minutes or until the biscuits are slightly golden on top.

7. Cool the melting moments on the baking trays for 5 minutes before carefully transferring to a wire rack to cool completely.

9. Smear a little of the filling on the bottom of one biscuit before sandwiching it together with another. 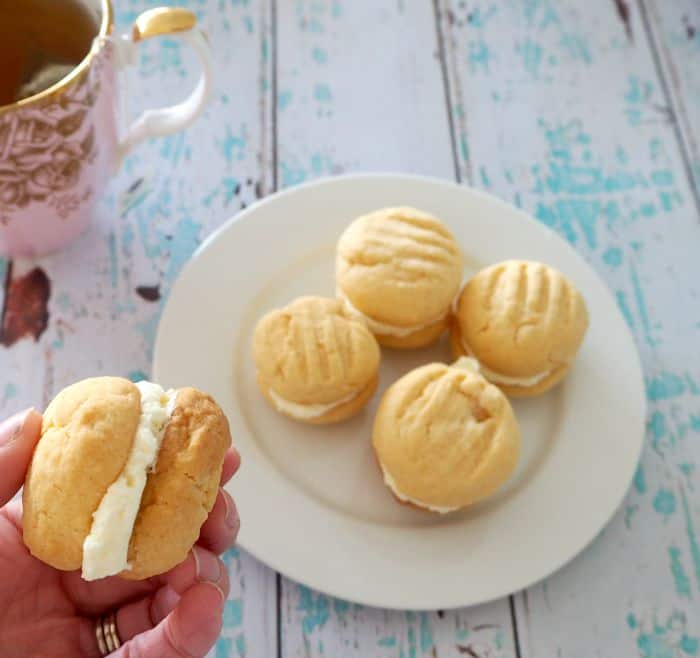 This recipe makes around 14 biscuits and if you have more will power than us they will last for around a week when stored in a sealed container.

What baking fails have you had in the past?