These Mini Ham and Cheese Quiches make a great lunch of snack for the entire family! 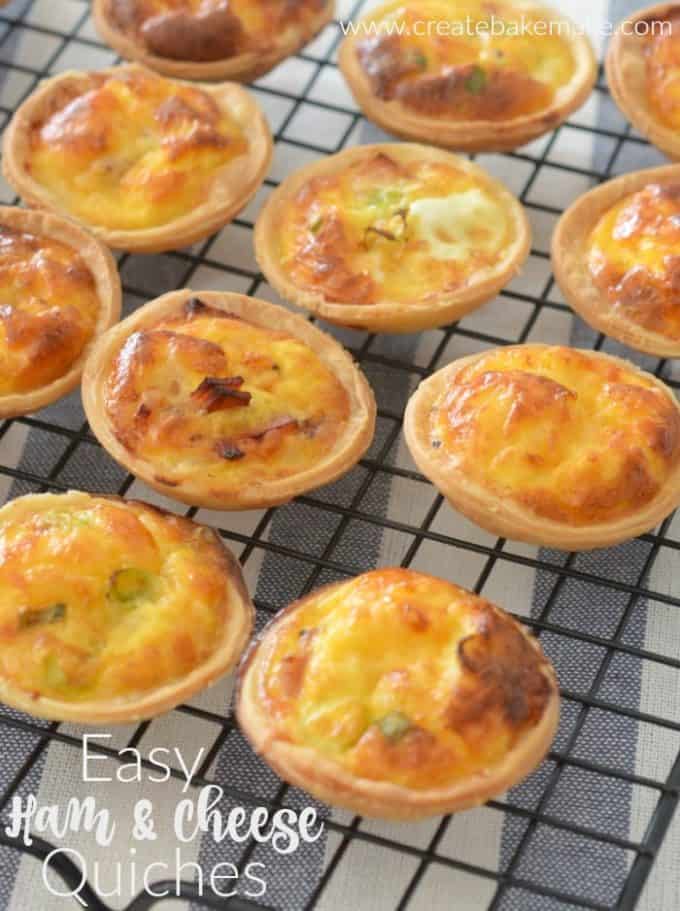 A little while ago, a new skate park opened up at our local park and to say that our two older boys are excited about it is an understatement!  Every weekend they are asking us to go down there to ride their scooters or bikes as soon as they wake up in the mornings (we’ve become regular 6.30am visitors) and I’ve also been taking Mr 4 down there quite a lot during the week while his big brother is at school.  We usually take our lunch down there (he LOVES having a picnic!) and the other day for something a little different, I decided to make some Mini Ham and Cheese Quiches for our lunch. 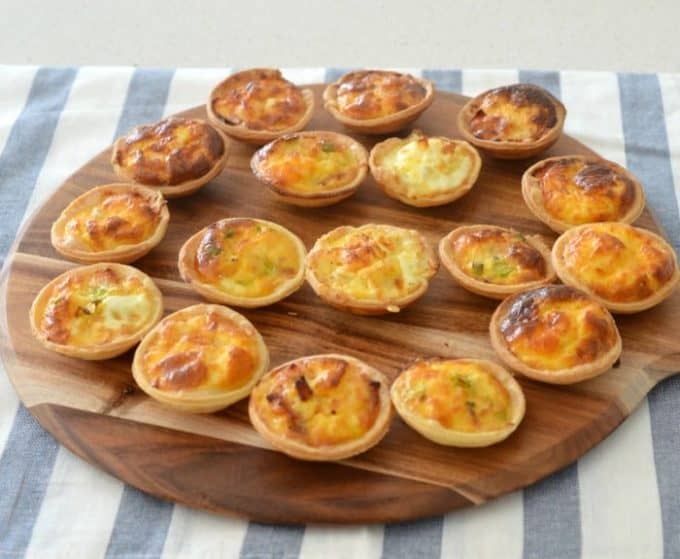 I had planned on using puff pastry for these mini quiches, however after discovering that we only had shortcrust pasty in the freezer, I used that instead and we were really happy with how they turned out. There was more than enough mini quiches for our lunch, and also for Mr 5 to take to school with him the next day and we then ended up freezing the half a dozen we had leftover. 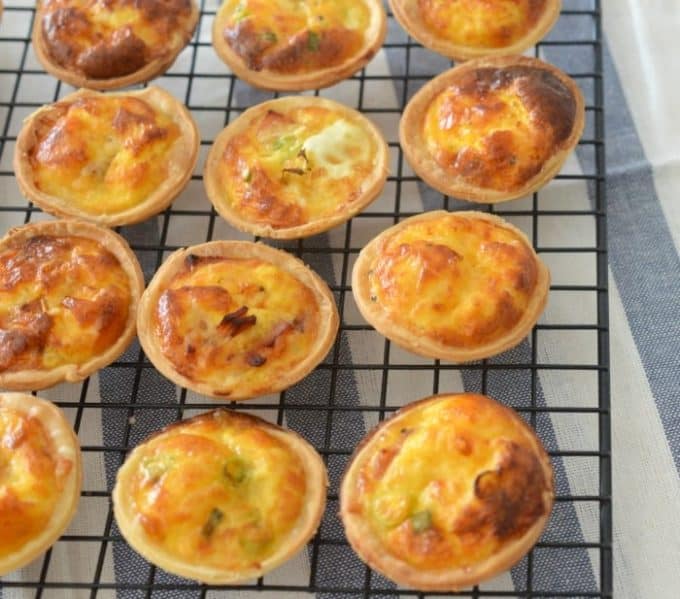 We used a shallow patty tin to bake our mini quiches which gave us around 24, however you can also use a muffin tray which will give you approximately 18 quiches.  You can also add your choice of filling to these quiches – the kids love the combination of ham, cheese and corn too.

You can find more lunch box snack recipe ideas for the kids in this post (Thermomix recipe instructions also included) and you can also find loads of yummy snack recipes in our Snack Attack (Thermomix version also available) and Thermomix Lunch Box Recipes for Kids ebooks too.

You can add other fillings to these mini quiches too, we also love corn, zucchini or sun-dried tomatoes.
These Ham and Cheese Quiches are also freezer friendly.