This no bake Chocolate Kahlua Cheesecake is the perfect dessert to enjoy once the kids are in bed! Thermomix instructions also included. 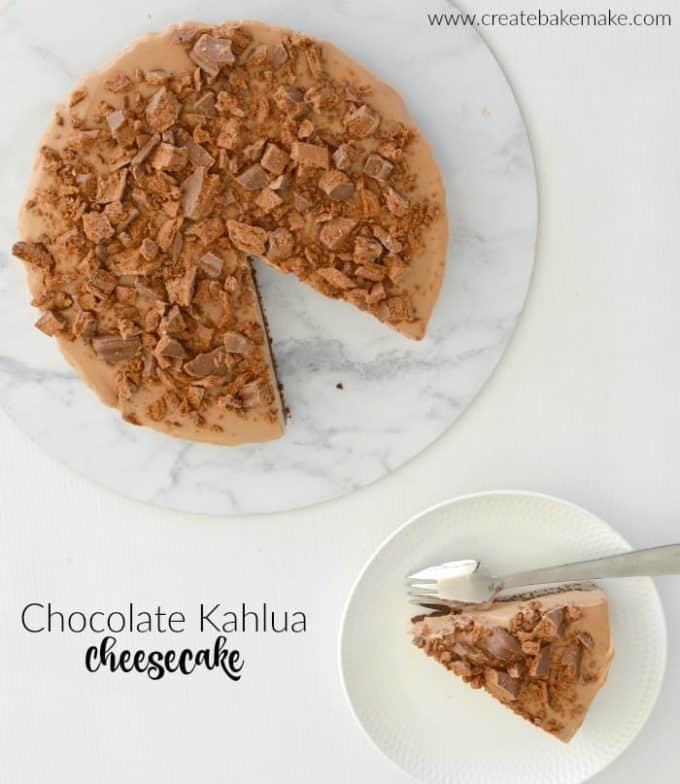 Given that last year was all about Baileys recipes, I decided in the lead up to Christmas this year (yep, I can’t believe I’m even thinking/saying that already!) I would have some fun putting together a few different Kahlua based recipes for you guys. 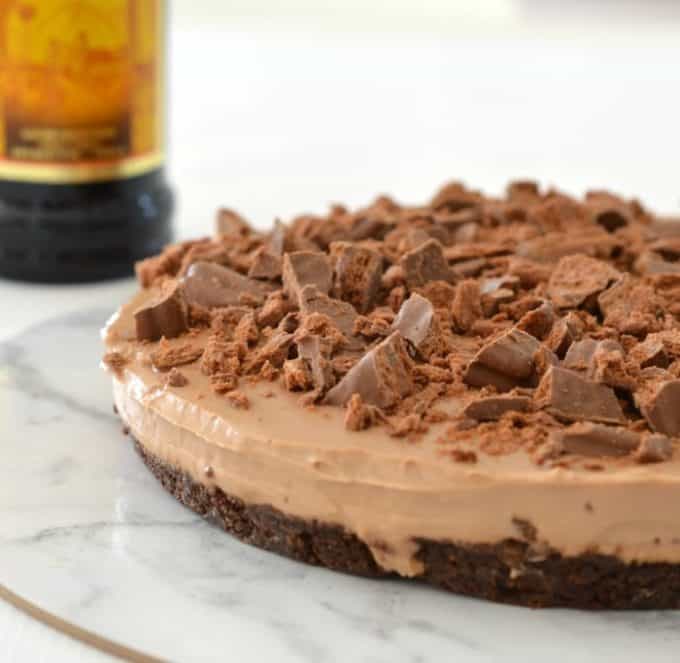 I was more than a little excited when it was time to make this Chocolate Kahlua Cheesecake recipe as I knew I didn’t have to share it with my boys!! This strictly adults only dessert is deliciously rich and has a gives you a good hit of Kahlua with each mouthful – and a little head spin if you are not used to drinking much like me! 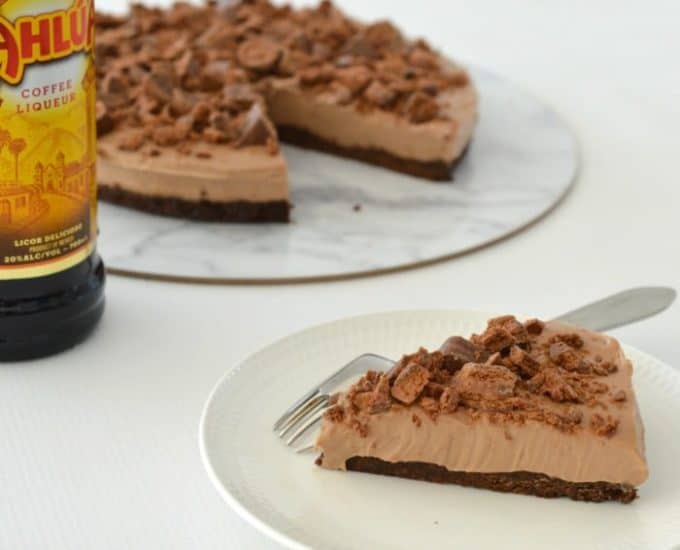 I used A LOT of self control to just try one small piece of this Kahlua Cheesecake (after all, I need to taste test it!) and I fell in love with the chocolate/coffee and Tim Tam flavour combination. As it’s quite a rich dessert, one piece was enough to satisfy my sweet craving and I gave the rest of it away to a friend – minus a piece for my husband to also taste test of course! 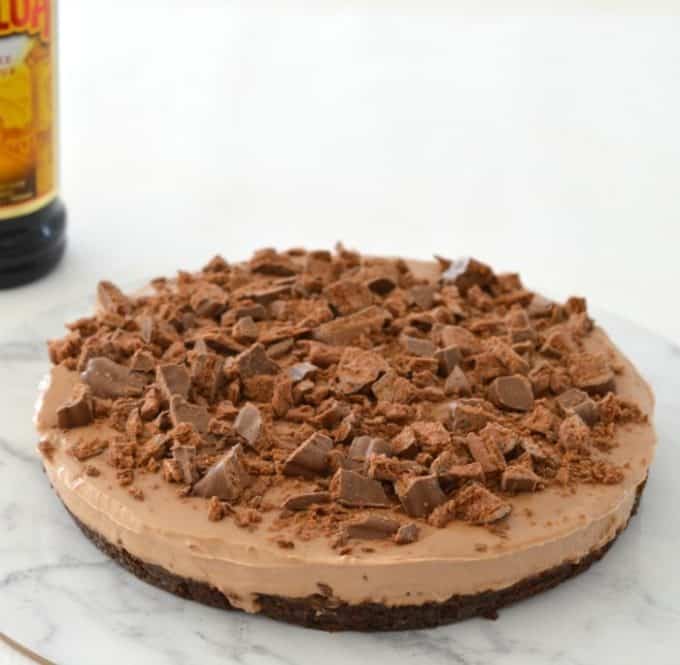 As there is no gelatine in this recipe it has a softer ‘non traditional cheesecake’ texture, and you want to give it at least 6 hours to set properly.  In the meantime, you can keep yourself occupied by making one (or all, I won’t judge!) of my other desserts for grown ups including my Tim Tam and Baileys Cheesecake, three ingredient Baileys Fudge and Baileys Brownies recipes – enjoy! 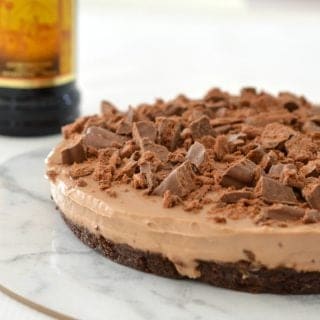 This cheesecake is best made the day before it's needed as it needs a minimum of 6 hours to set.
It's also quite a soft cheesecake due to not containing any gelatine.

You can also find more amazing cake and cheesecake recipes in our ‘Cakes and Cheesecakes for Every Occassion‘ eBook – also available in a Thermomix version.

You can also shop our entire range of eBooks here. 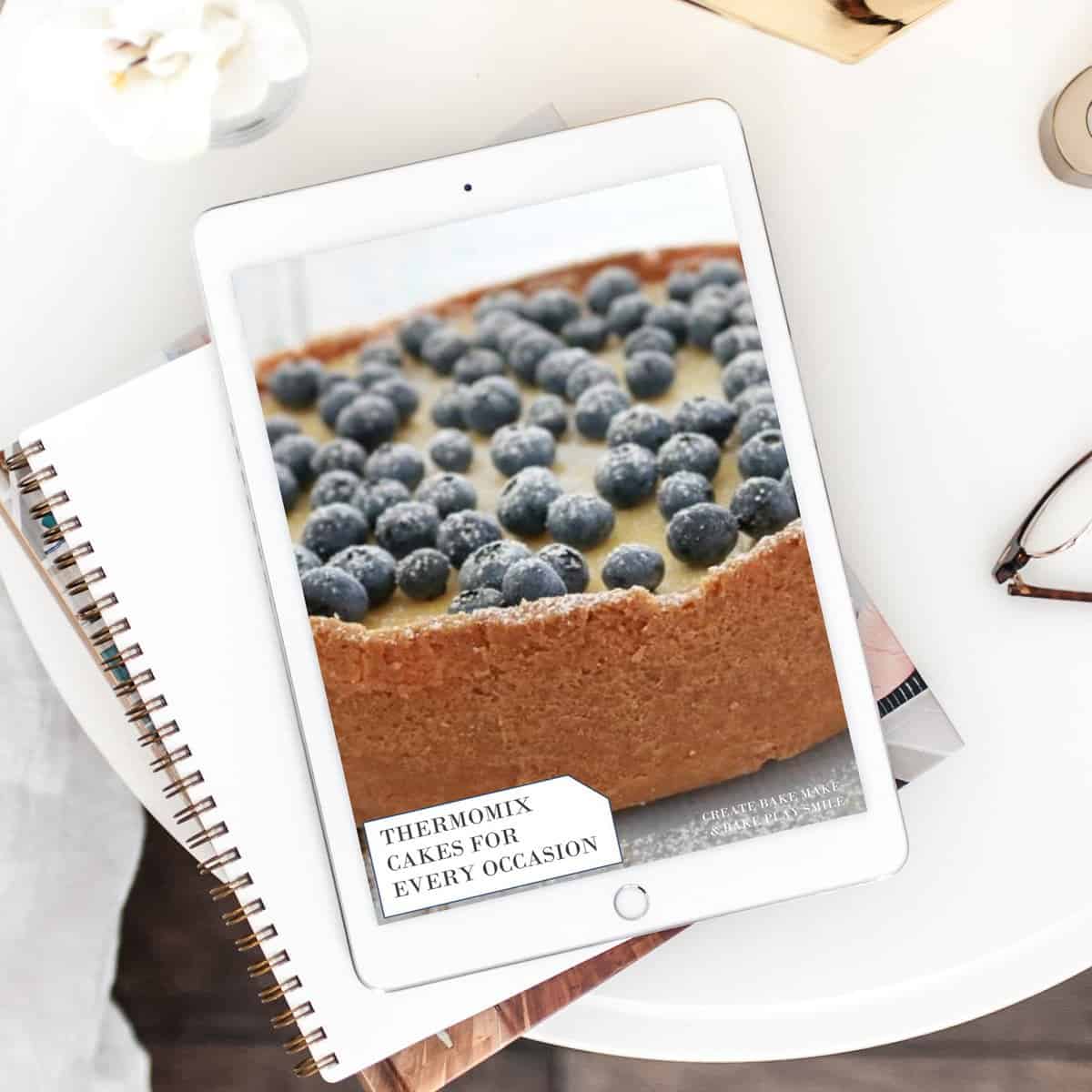