I’ve been on the cauliflower bandwagon for awhile now, ever since I discovered the delicious goodness that is these Cauliflower, Cheese and Bacon Fritters. These Cauliflower and Cheese Nuggets were inspired in part by these fritters, but as a healthier alternative to chicken nuggets which my boys would happily consume every single day if allowed. 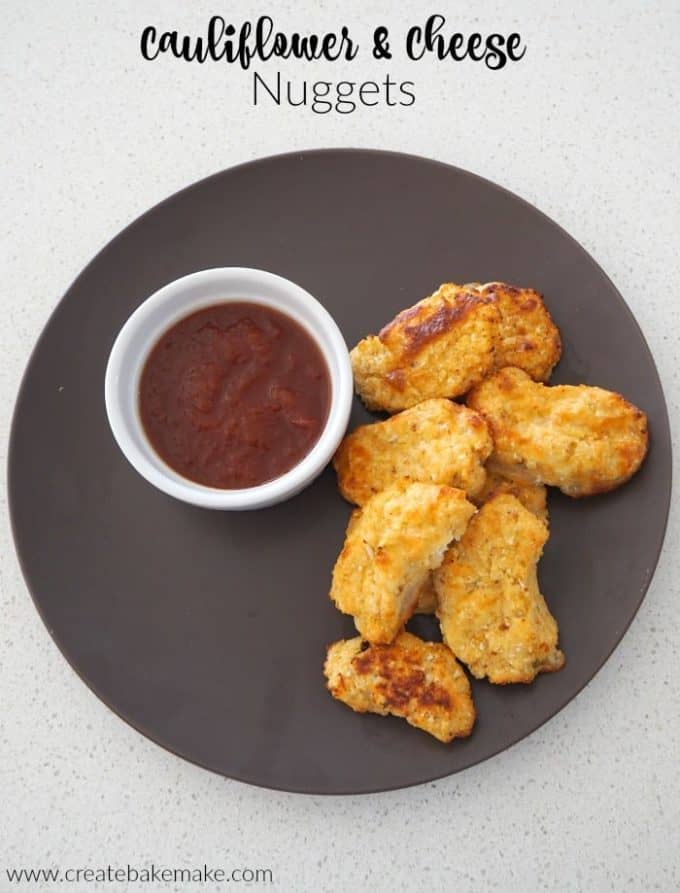 There is no denying that these Cauliflower and Cheese Nuggets DO taste different to regular Chicken Nuggets, however thankfully my kids are still naive enough to believe me when I tell them they are ‘special chicken nuggets’ which is kind of true anyway I guess! 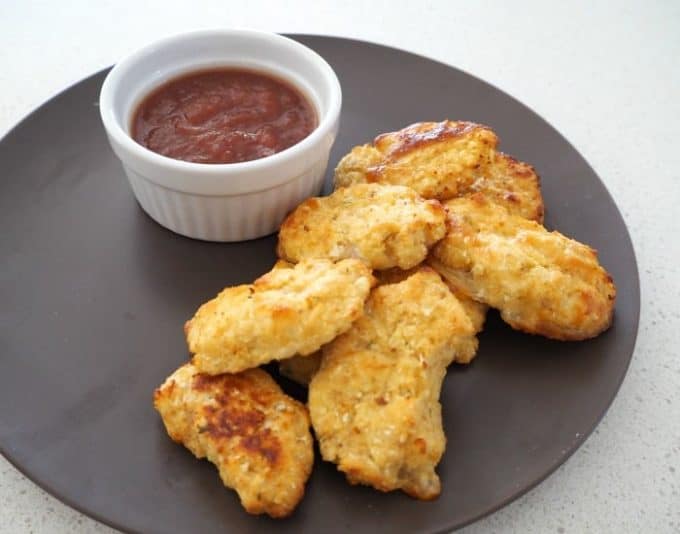 We’ve made these a few times now and I’ve even been brave enough to add 100g of corn kernels to the mixture to sneak some extra veggies into the kids. I was caught out, however they still ate them albeit covered in homemade tomato sauce. 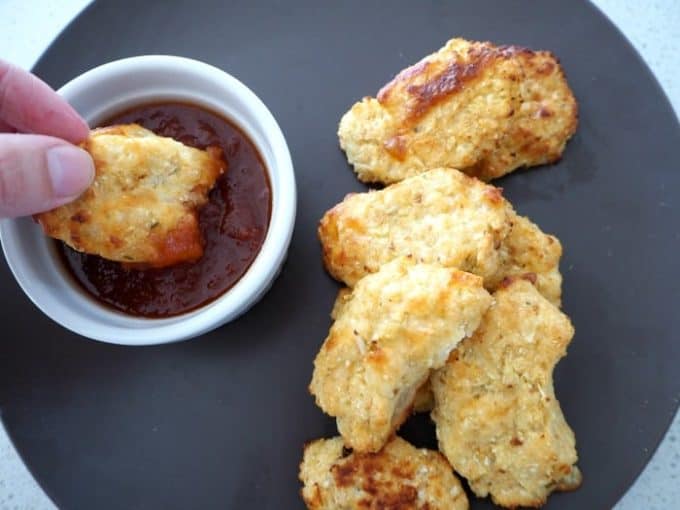 These are really simple to make either using a food processor or a thermomix (instructions for both methods below) and this is also a great recipe to make with the kids, although be warned their nuggets may look a lot different to yours!  This recipe does make quite a few nuggets and you can freeze any leftovers for another day. 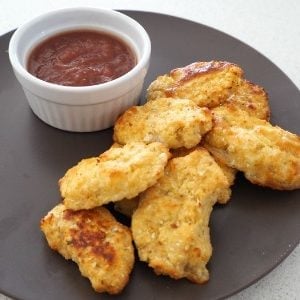 Would your kids be naive enough to believe these are ‘special chicken nuggets’ too?