I promise you are going to LOVE this Caramel Maltesers Slice, a combination of my two favourite slices!!! and a marriage made in heaven! 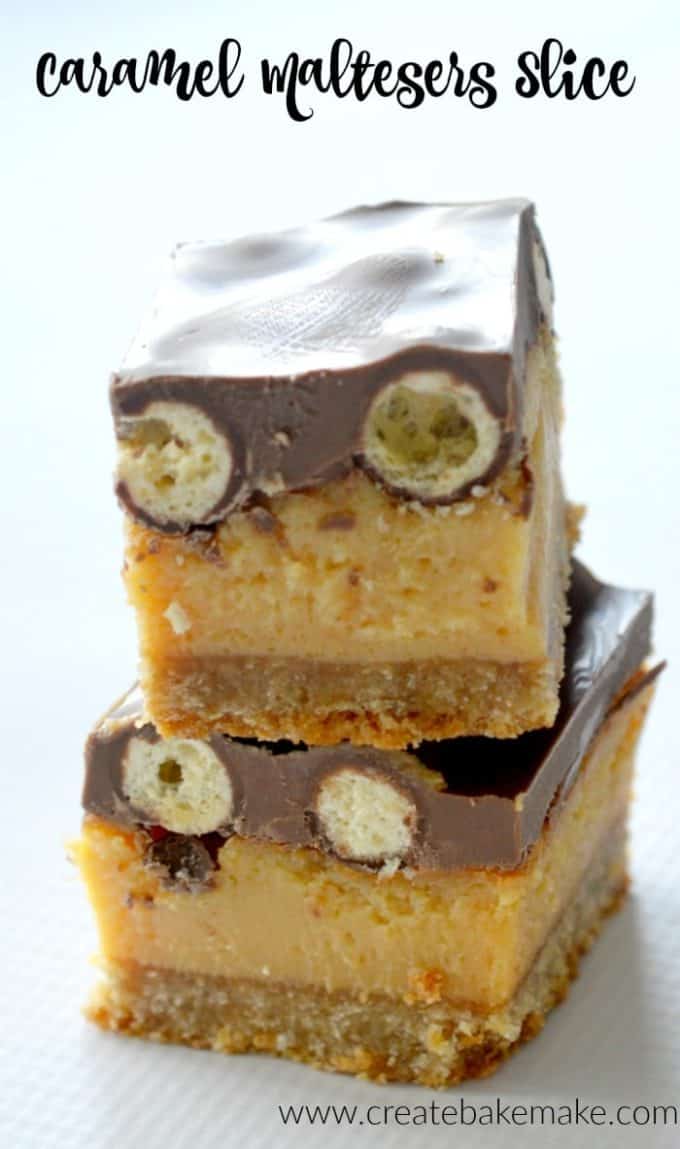 If you thought it didn’t get any better than Maltesers Slice and Caramel Slice, just wait until you try this Caramel Maltesers Slice!  I got the idea for this slice from a recipe video I saw on Facebook for a no bake version of this recipe.  While it looked amazing (how could a Caramel and Maltesers slice not?!) I thought the only thing that could make it better was using my favourite easy Caramel Slice recipe as the base. 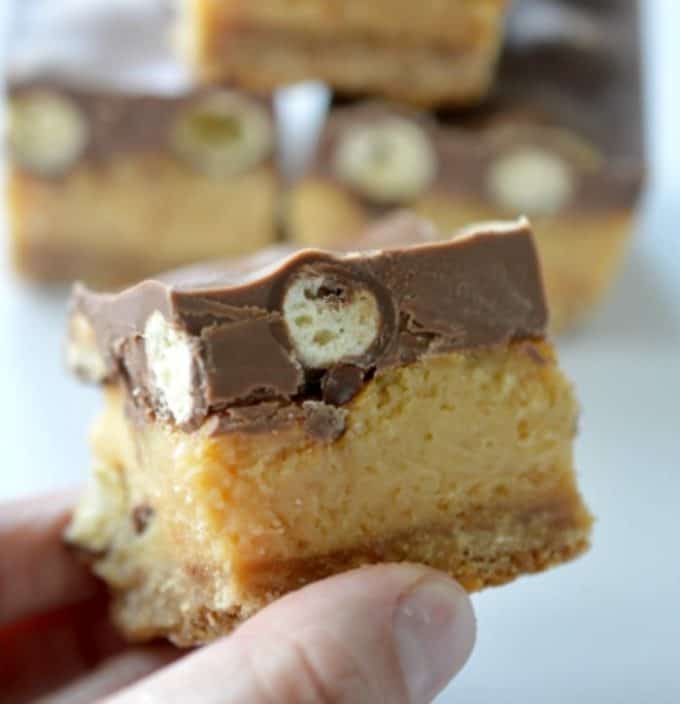 When I finally found some time to make this recipe, I decided to go all to and make it even MORE indulgent, by using two blocks of milk chocolate for the top layer as it helped cover the Maltesers jus a little bit more and let’s face it, you can’t go wrong with extra chocolate!  Yes it is a bit of a mouthful to eat (you can easily use just one block if you prefer) but if you are going to eat this slice, you might as well make it as amazing as you can! 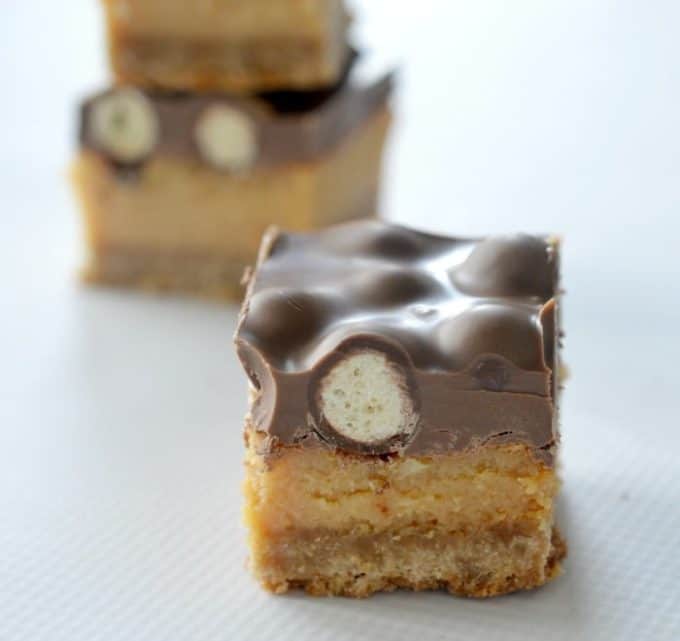 I couldn’t help myself from sampling a few pieces of this slice and had to hide it in the back of the fridge in an attempt to stop eating it, yep it’s really that good.  It also got a big tick of approval from my husband and also a couple of friends who tried it, not that I expected any less! 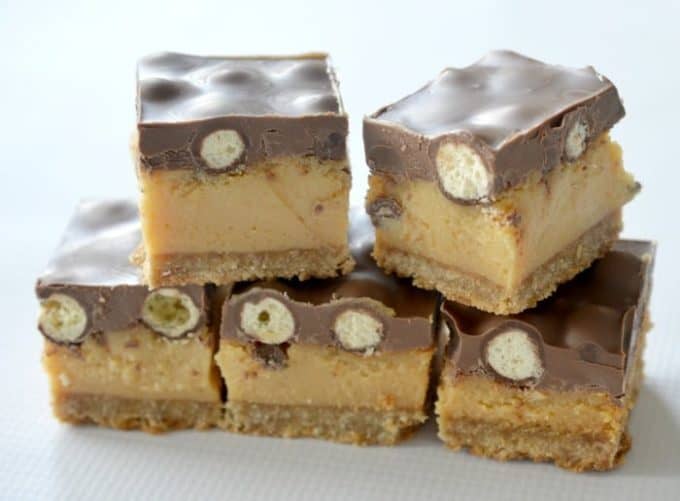 My top tips for making this Caramel Maltesers Slice are to give yourself plenty of time to allow the caramel layer to cool and also for the chocolate and Maltesers layer to set.  Also make sure you use a good quality sweetened condensed milk as I’ve heard from people who have used different brands 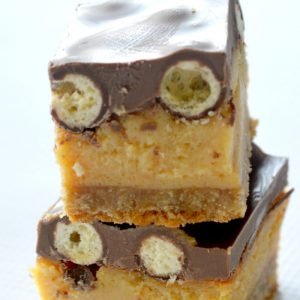 2. Place 125g of butter into the bowl of your Thermomix and cook for 3 minutes on 60 degrees speed 2 or until melted.

3. Add brown sugar, coconut and plain flour and mix for 20 seconds on speed 3 or until combined.

4. Pour the mixture into the prepared slice tin and flatten the surface with a spoon. Place the tray into the oven and bake for 16 – 18 minutes or until it’s golden.

5. In a clean Thermomix bowl, add the golden syrup, butter and condensed milk and cook for 8 minutes at 70 degrees on speed 3. Pour the caramel over the cooked slice base and place the slice back into the oven to bake for a further 20 minutes or until the surface is golden and has set.

6. Remove the slice from the oven and allow it to cool for 10 minutes before placing it in the fridge to chill.

7. Once the slice has chilled, break the milk chocolate into pieces and place it along with the oil into a clean Thermomix bowl and cook for 2 minutes, 60 degrees on speed 2.

8. In the meantime, pour the Maltesers over the slice and gently press down into the caramel.  Pour the melted chocolate over the slice before returning it to the fridge to set completely.

9. Cut the set slice into squares.