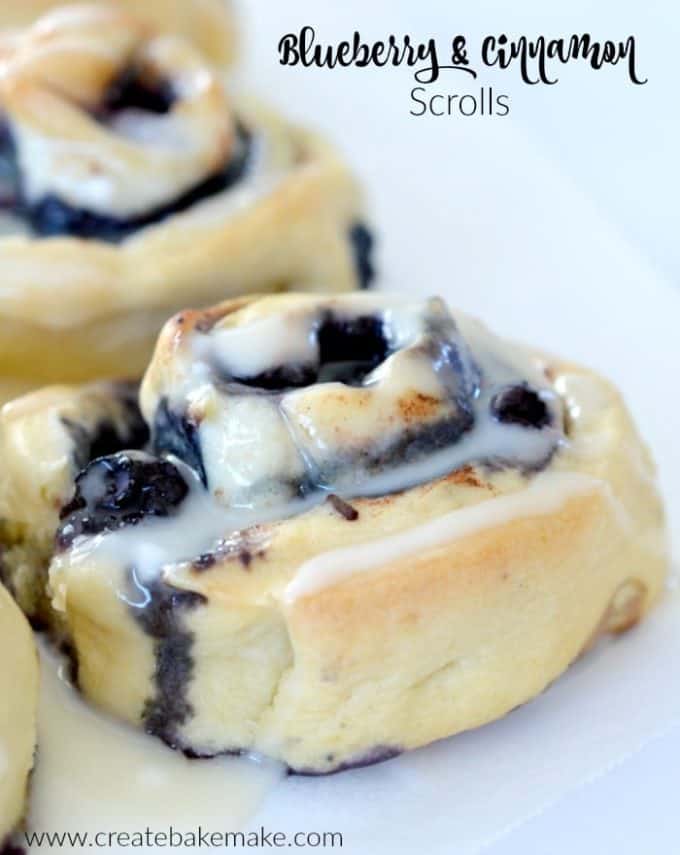 Regardless of if you make these Blueberry Scrolls conventionally or with a thermomix, they really are easy to make and will be ready within an hour.  The only problem with these scrolls is waiting for them to cool enough to drizzle the yummy thick vanilla icing over the top of them, however if you can’t wait, they are also delicious on their own – especially when they are still warm! 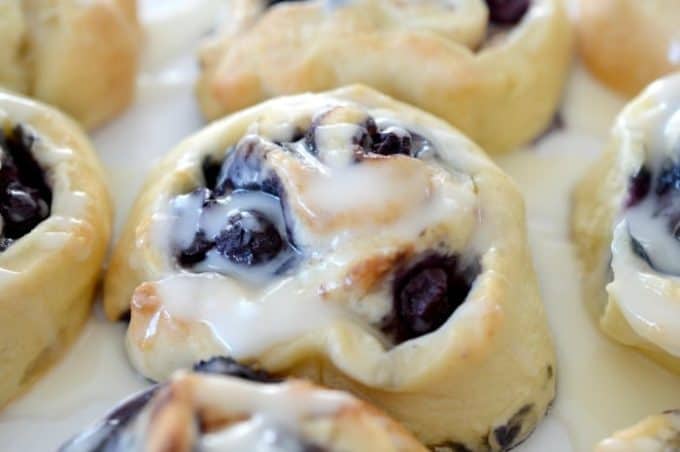 The boys like to help me out with this recipe, especially when it comes to adding the blueberries to the dough. I normally use frozen blueberries which results in purple hands and faces as they just can’t resist sneaking a few blueberries into their bellies while helping! 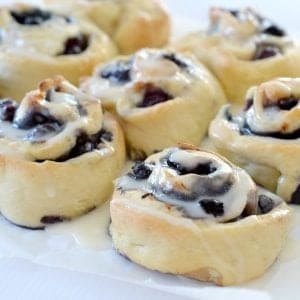 1. Preheat your oven to 210 degrees and line a baking tray with baking paper.

6. Spread the softened butter all over the dough, leaving a 2cm gap around the edges.

7. Combine the caster sugar and cinnamon before sprinkling over the top of the butter and add the blueberries.

8. Starting at the long side, carefully roll the dough until enclosed and place in the fridge for 20 minutes to chill.

10. Place on a baking tray – make sure to leave enough room for the scrolls to rise.

11. Bake in oven for 20 minutes or until golden brown on top and cooked through.

12. Let the scrolls cool on the tray for five minutes while you make the Vanilla Icing by combining the icing sugar, boiling water and vanilla extract.

13. Drizzle the Vanilla icing over the top of the Blueberry and Cinnamon Scrolls before letting them cool for a further five minutes.