I’m just going to come out and say it right at the beginning, this Tim Tam Hedgehog Slice is quite possibly one of the most indulgent recipes I’ve ever made! 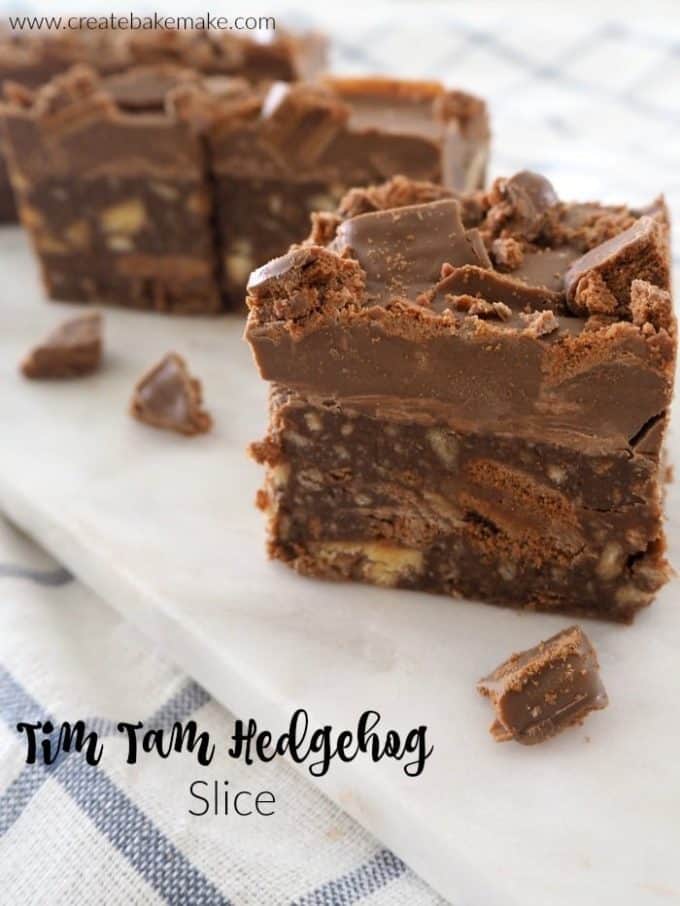 Hedgehog Slice is one of my favourite slice recipes simply because it reminds me of attending birthday parties when I was a kid – yep a random memory I know!  While I LOVE my Hedgehog Slice recipe, as you know I can never resist trying something new and was keen to see how adding Tim Tams to the mixture would turn out. 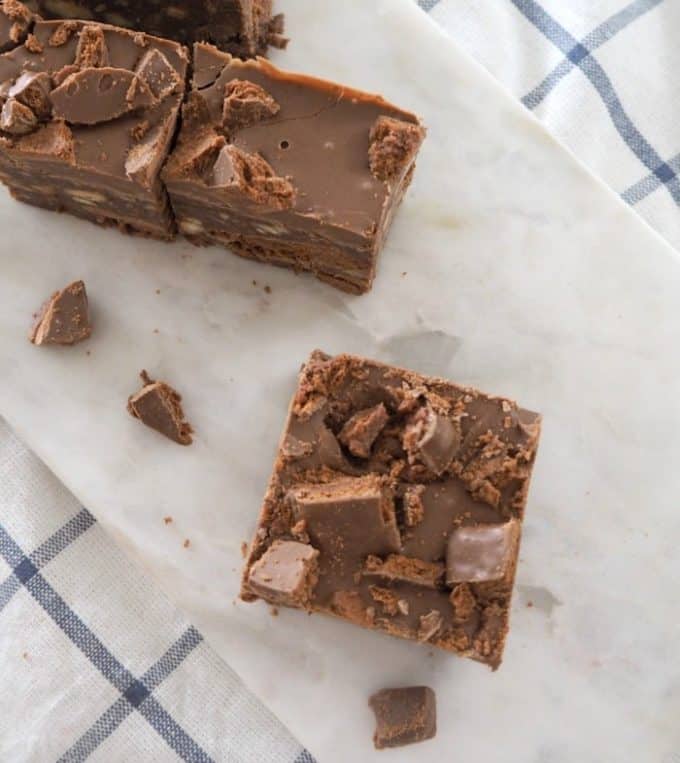 I guess I should have realised that you really can’t go wrong when you add Tim Tams to anything, after all even if it turned out to be a big gloopy mess, it was still going to taste pretty amazing!  It took so much self control to just try one small piece of this slice (for research purposes of course!) and it took even more self control to make sure all of the Tim Tams ended up in the recipe, especially since I used TWO packs – as you can see the boys didn’t have as much self control as me! 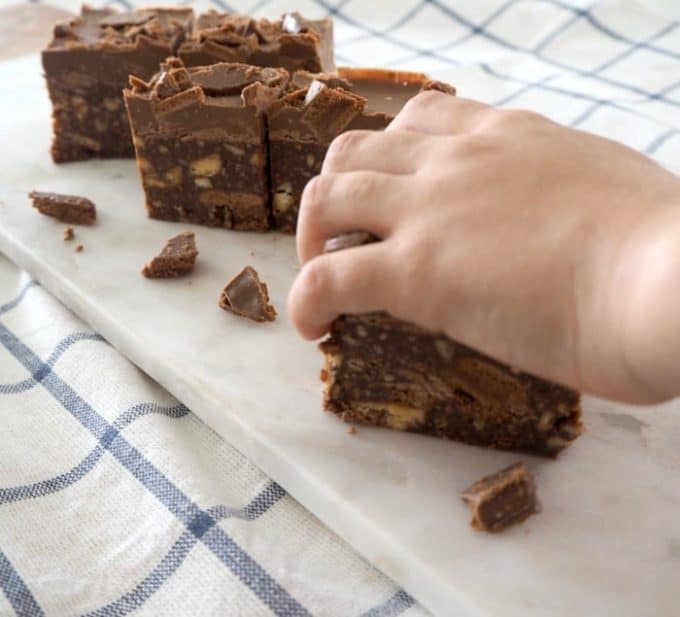 This slice is everything a special dessert or treat should be: rich, indulgent and full of chocolate.  Because you can never have enough Tim Tams, I used 1 ½ packs in the slice itself and then roughly chopped the remaining six Tim Tams to sprinkle over the top of the slice to make sure you get plenty of Tim Tams with every single bite of this slice.

When making this Tim Tam Hedgehog Slice, make sure that you use a tin which has quite high sides (mine had 8cm high sides which gave me plenty of room) as it really is a super sized slice. You also don’t need a food processor or Thermomix to make this recipe, simply crush the plain biscuits with a rolling pin and roughly chop the Tim Tams – too easy!  I also made sure that I still had some large ‘chunks’ of Tim Tams when chopping up the biscuits for the inside of the slice, as I wanted to be able to bite through pieces of Tim Tams when I was eating this. 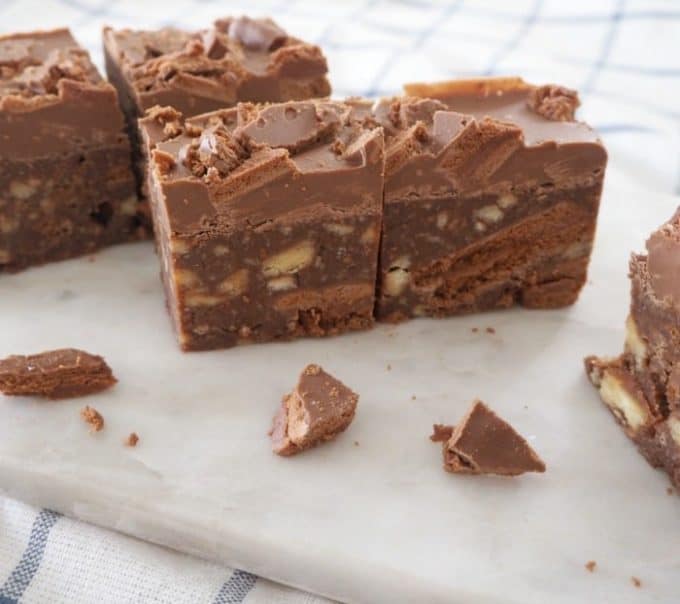 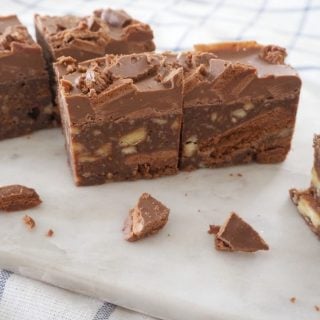 You can use a rolling pin to crush the biscuits instead of a food processor if you prefer.
You can also make this slice in a 18 x 28cm slice tin.
Some of the Tim Tams will melt when you add the melted butter mixture - this is ok!