After the success of my Mint Cheesecake Balls, I started thinking about what other flavours I could experiment with. Thanks to spying Snickers Bars on special at the supermarket, I quickly had the idea to try and make Snickers Cheesecake Balls.

It’s a big call, but these cheesecake balls are by far my FAVOURITE sweet treat that I have made in the past year!  My Snickers bars still had a little shape to them which gave a yummy surprise with every bite.  My little helpers were quite eager to try these, but given their richness and calorie count I had to say no and told a little white lie that these delicious chocolate balls were for Mummy and Daddy only! 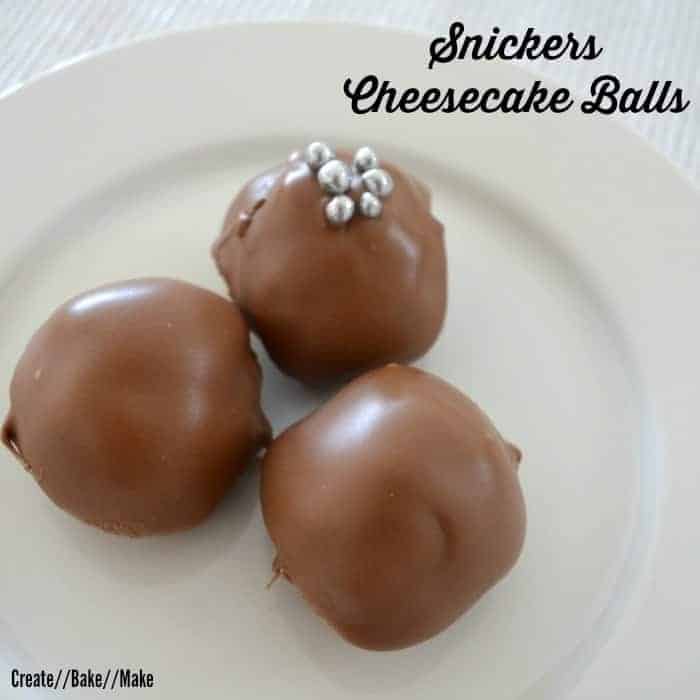 It’s quite dangerous how easy these cheesecake balls are to make and I’m already considering trying either Mars Bar or Cherry Ripe next. 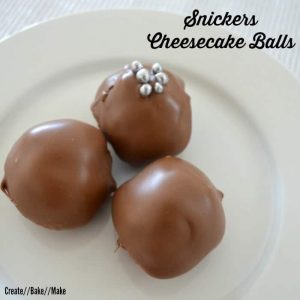 2. Place the Snickers Bars in Thermomix bowl and blitz for 5 seconds on speed 7.

3. Add the softened cream cheese to the bowl with the crushed Snickers and blitz for 10 seconds on speed 5 until combined – it may take a little longer if your cream cheese isn’t completely soft. 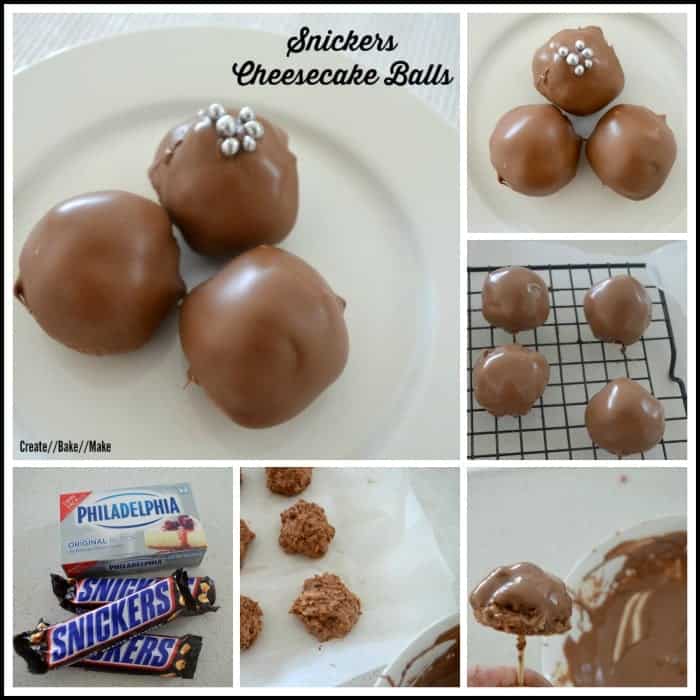 What kind of cheesecake do you think I should make next? Which one is your favourite?