If you are looking for a Caramel Scroll recipe that won’t leave you licking delicious sweet caramel off your fingers, these easy Caramel Scrolls are NOT for you. 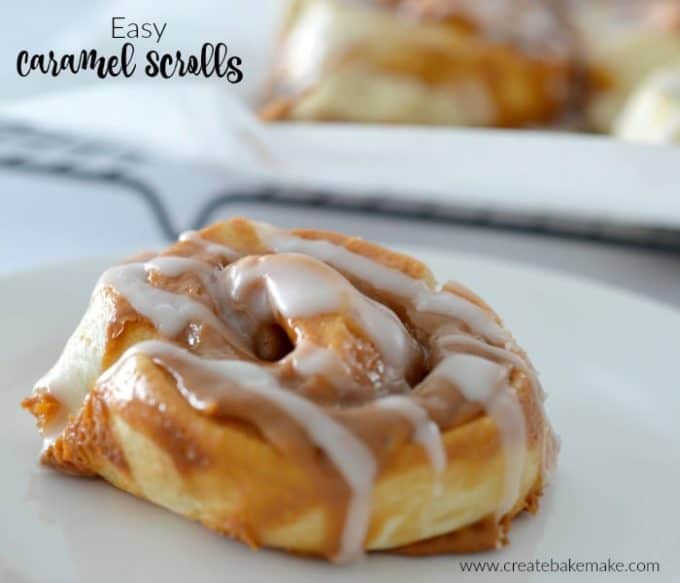 The idea of these Caramel Scrolls had been in the back of my mind for a little while, primarily as a way of using up a random tin of Caramel Top n Fill which had been sitting in our pantry for quite some time. I used the same base recipe as I did for my Cinnamon Scrolls, and simply added the Caramel Top N Fill over the top of the dough and rolled it up – yep that’s all there is to this recipe. 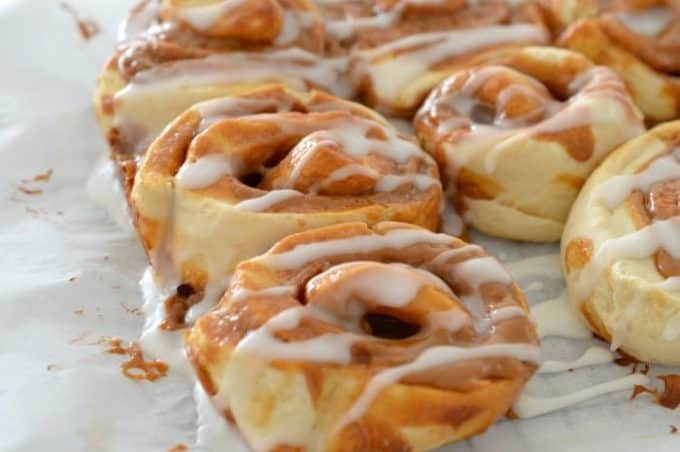 Rolling the dough into a log and cutting it into scrolls was a little messy, thanks to the caramel being quite oozy as it was a 35 degree day, next time I would pop the dough with the caramel on top into the fridge for half an hour to help firm it up a little before trying to roll.  Not wanting to waste any of the caramel, I simply drizzled the bits which had oozed out of the scrolls over the top of them – yum! 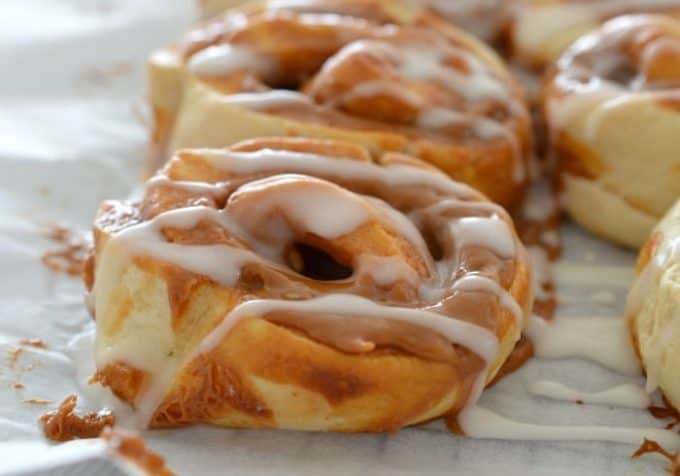 After around 18 minutes in the oven these Caramel Scrolls were golden and cooked through.  I carefully removed them from the oven and let cool on the tray for 10 minutes before transferring the sheet of baking paper they were baked on to a wire rack.  I then drizzled the icing over the top of them and only had enough willpower to wait another 10 minutes before I just had to try one, and oh my goodness they were lick your fingers good! 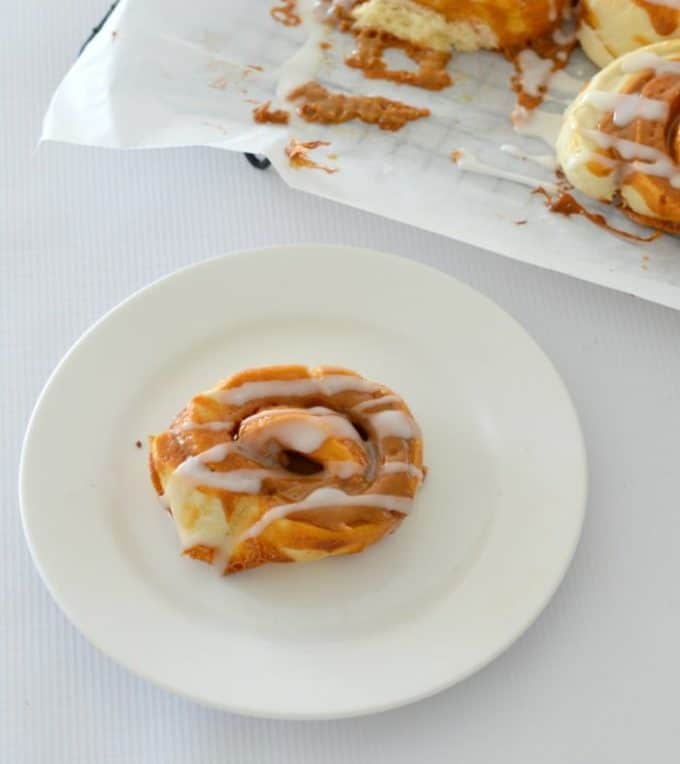 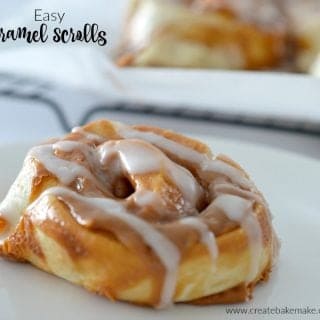 1.Preheat your oven to 210 degrees and line a baking tray with baking paper.

6. Spread the Caramel Top N Fill (which has been lightly whisked) over the top of the dough, leaving a 2cm gap around the edges. If it’s a warm day, I suggest popping it into the fridge to chill for 30 minutes before moving onto the next step.

7. Starting at the long side, carefully roll the dough until enclosed.

9. Place on a baking tray – make sure to leave enough room for the scrolls to rise.

10. Bake in oven for 18 minutes or until golden brown on top and cooked through.

11. Let the scrolls cool on the tray for five minutes while you make the Vanilla Icing by combining the icing sugar, boiling water and vanilla extract.

12. Drizzle the Vanilla icing over the top of the Caramel Scrolls before letting them cool for a further five minutes.