If there was ever two ingredients which were made for each other it just has to be peanut butter and chocolate.  It’s a combination I just cannot resist – as you can tell by the other delicious and decadent chocolate and peanut butter treats I have created in the past. 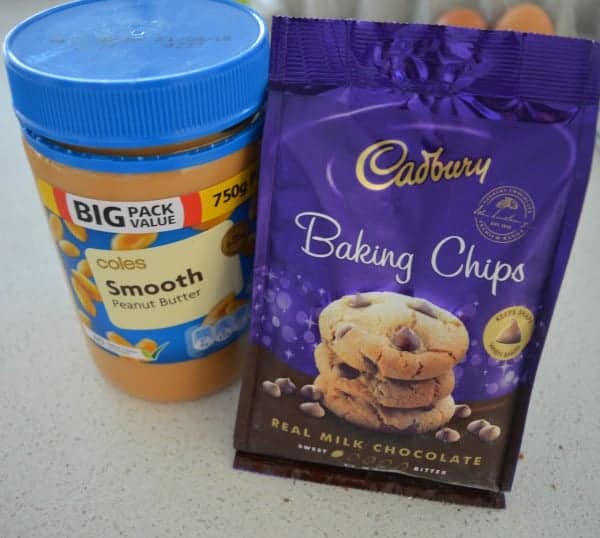 I often have a block (or two) of butter sitting on our kitchen bench so it’s nice and soft ready for baking.  In an attempt to distract the boys from their new game which involves jumping from the top of the couch onto a pile of pillows (I can see a broken bone in our future) I decided to make a batch of our favourite chocolate chip cookies to give them something else to focus their attention onto.  To mix things up just a little, I decided to add some Peanut Butter to the mix to turn these yummy bikkies into something really special. 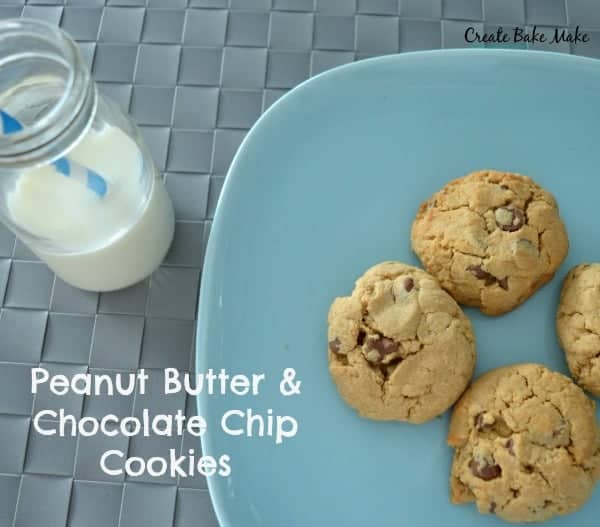 I was worried I was being a little heavy handed with the peanut butter when I added a full cup, but I actually think you could even add just a little bit more if you are a true peanut butter addict like me. 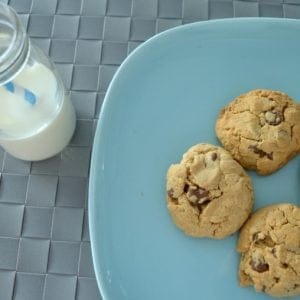 Serving: 0gCalories: 0kcalCarbohydrates: 0gProtein: 0gFat: 0gSaturated Fat: 0gPolyunsaturated Fat: 0gMonounsaturated Fat: 0gTrans Fat: 0gCholesterol: 0mgSodium: 0mgPotassium: 0mgFiber: 0gSugar: 0gVitamin A: 0IUVitamin C: 0mgCalcium: 0mgIron: 0mg
Tried this recipe? Please leave a rating and tag me on Instagram! Mention @createbakemake or tag #createbakemake!
These Peanut Butter and Chocolate Chip Cookies were a big hit with both of the boys and they quickly forgot about diving off the couch and instead focused their attention on stealing as many chocolate chips from the bowl as they could.  As hard as it was to resist eating one of these straight from the oven, we managed to show just a little bit of will power until these cookies had cooled just a little to eat but still warm enough so the chocolate chips were nice and gooey. 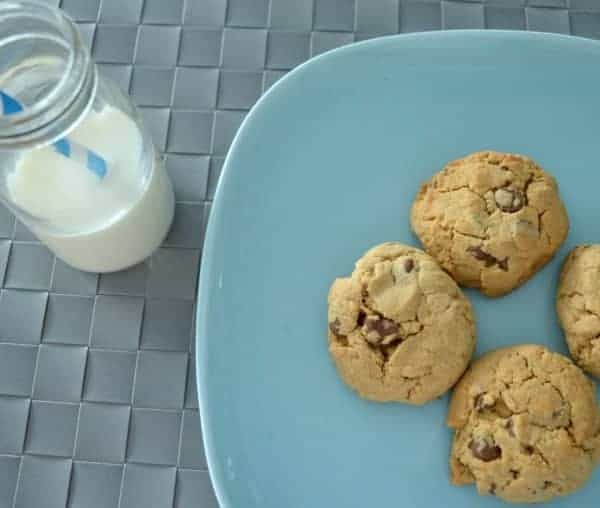 Do you try and distract your kids by doing some baking too?