Although breakfast is my favourite meal of the day, I often find myself in a bit of a rut.  I tend to stick to the same staples, smoothies or toast – it all depends on how hectic my morning is!    I was fortunate enough to be sent a hamper of goodies from the lovely people at Pureharvest and immediately knew I wanted to come up with some great breakfast and brunch recipes to help bring some variety back to breakfast time.

Pureharvest is an Australian company and was one of the first health and Whole food companies to operate here.  They are passionate about providing people with wholesome and nourishing foods, and were the first Australian company to bring locally made whole soybean milk to the Australian market in 1987.   You can learn more about the Pureharvest story and their great products here. 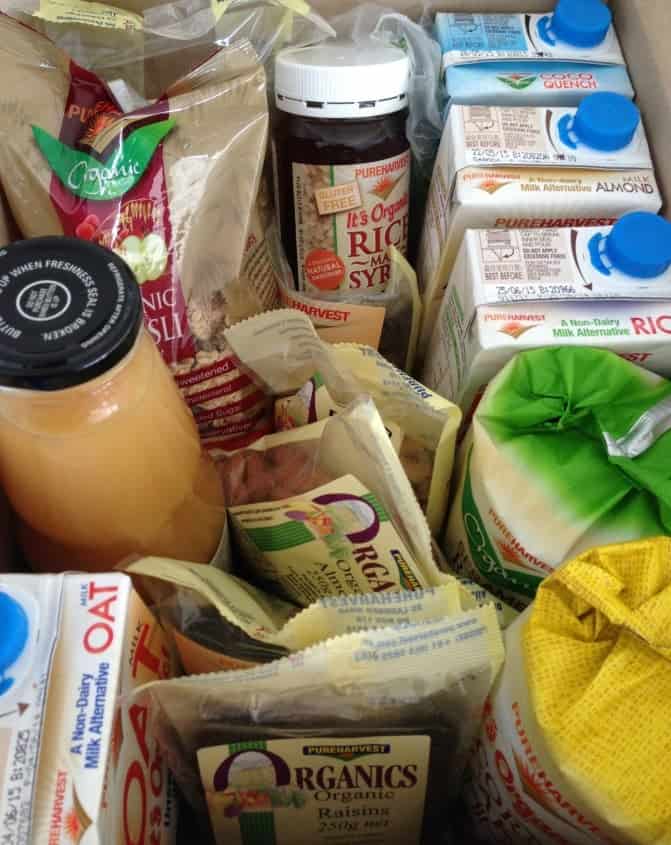 With so many great products to choose from, I had trouble deciding what to make first!  I immediately knew I wanted to use the organic nuts and dried fruits to make a muesli, and I was also eager to try the different non dairy milk varieties.

I decided to start with a breakfast smoothie using Almond Milk.  While I often drink Almond Milk with my coffee, I’ve never tried it in a smoothie before and was really impressed with the flavour.  This smoothie combination is one of my favourites, and we always have a couple of bananas and frozen fruit stashed in the freezer ready to blitz.  Smoothies are the perfect breakfast when you’ve got little kids running around in the mornings. 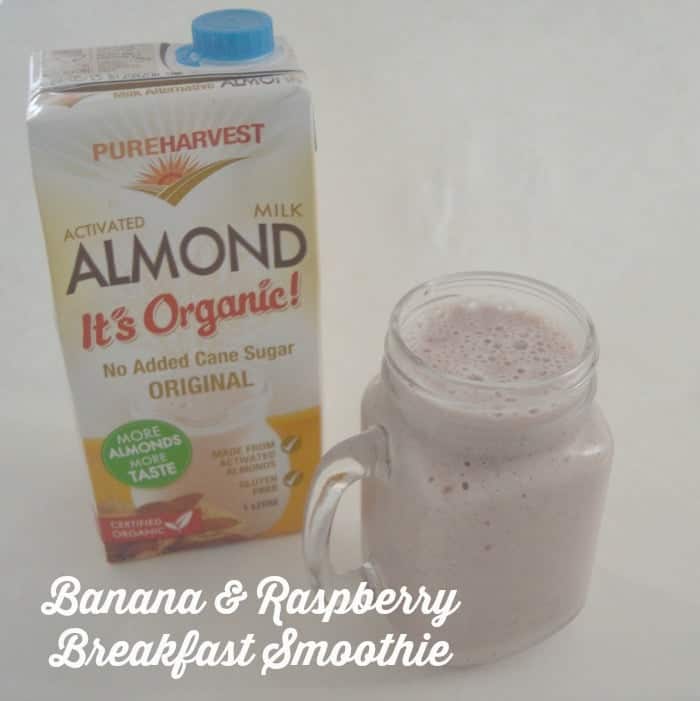 To make my Banana and Raspberry Breakfast Smoothie, you will need:

To put it all together:

– Place all ingredients into blender and using the ‘ice crush’ function, blend for 10 second spurts until combined.

– Pour into your favourite glass and enjoy!

I just had to use the organic nuts and dried fruit to make muesli.  I LOVE muesli, and often have it as a snack through the day with some yoghurt and fruit – I know it’s a breakfast food but if it tastes good, why not?  I already use Pureharvest’s Rice Malt Syrup as a sugar substitute in my cooking and thought it would be great to add to my muesli for a little hint of sweetness. I also really enjoyed the crunchy clusters which formed as the muesli cooled. 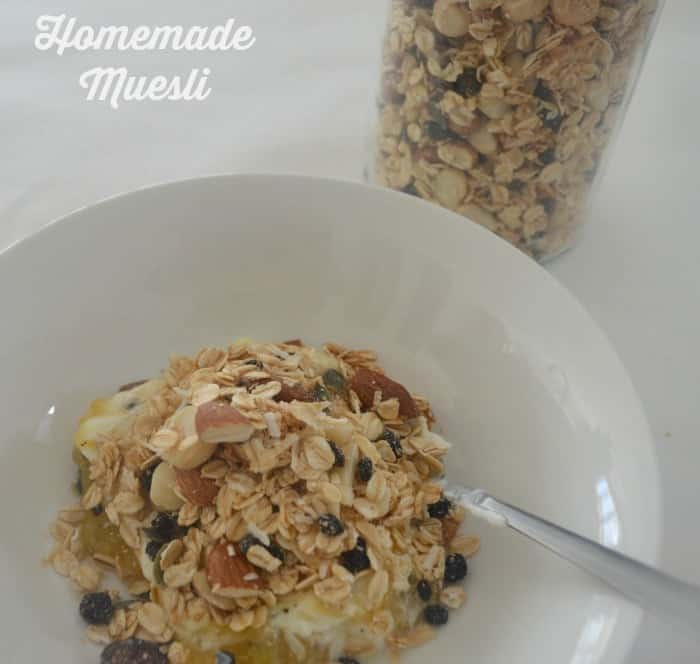 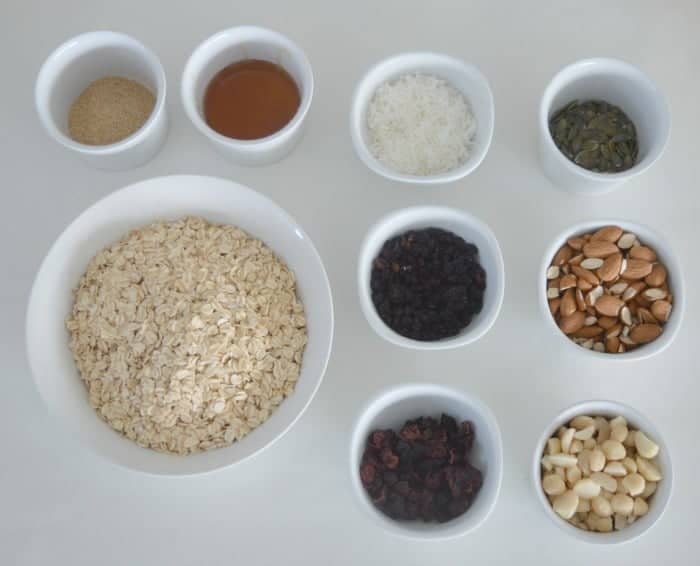 Let’s put it all together:

– Preheat your oven to 170 degrees and line a baking tray with greaseproof paper.

– Roughly chop the macadamias and almonds.

– In a large bowl add the rolled oats, almonds, macadamias, pepitas, coconut and mix to combine.

– Add the rice malt syrup and stir through mixture until combined.

– Spread muesli over the baking tray in a thin layer, place in the oven and bake for 30 minutes or until it starts to brown. 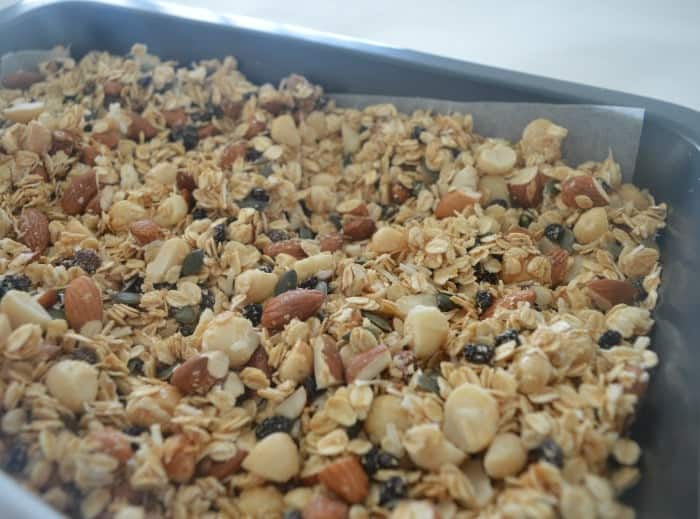 – Remove from oven and add the raisins, cranberries and wheat germ and gently mix through.

– Let muesli cool completely before transferring to an airtight container to store.

Enjoy your muesli with yoghurt and fresh fruit or with almond milk – yum!

Of course I had to add something a little naughty as part of this breakfast recipe round up and came up with this Coconut and Muesli Bread.  I regularly make Coconut Bread and had the idea to use Coco Quench Coconut Milk instead of regular milk.  Coco Quench is made with both Coconut and Rice Milk which gives it a lovely sweetness.  The bread came out of the oven wonderfully soft and moist and also had a great Coconut flavour.  This recipe would be perfect for a lazy Sunday Brunch or even a midweek morning tea. I’ve put half of the loaf into the freezer to whip out on the weekend. 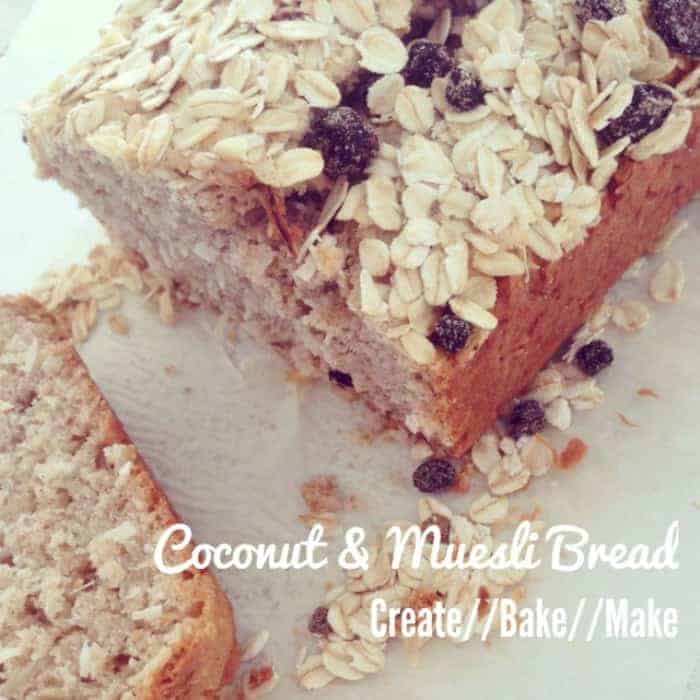 Let’s put it together:

– Melt the butter and set aside to cool slightly.

– Whisk together the milk, eggs and vanilla in a small bowl and set aside.

– Sift the flour and cinnamon together in a large bowl.  Add the sugar and coconut and stir to combine.

– Make a well in the centre and gradually stir in the egg mixture until just combined. Slowly pour in the melted butter and continue to stir until the mixture is just smooth. 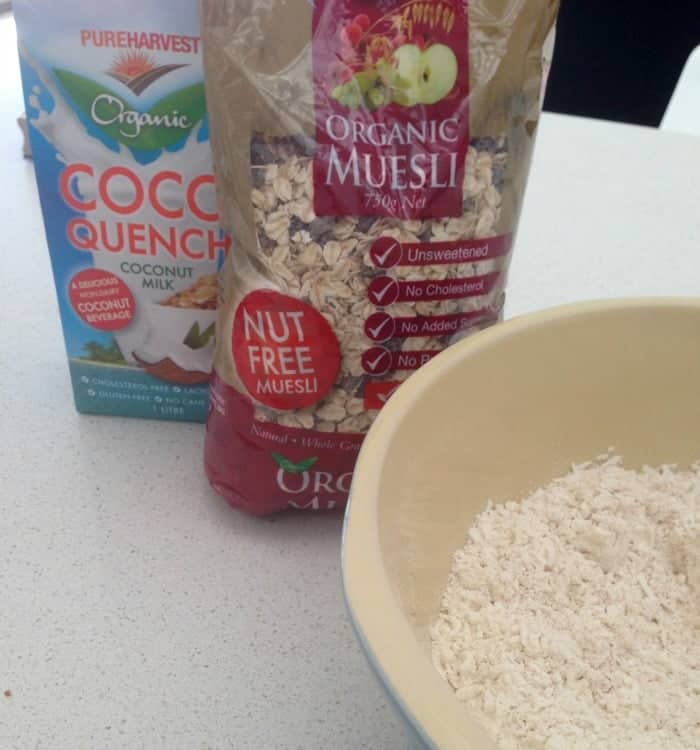 – Pour mixture into the loaf tin and sprinkle muesli over the top.  Bake for 50 minutes or until the bread is cooked through when tested with a skewer.

– Allow bread to cool in the tin for 5 minutes, before removing to carefully placing on a wire rack to cool further.

– Cut into thick slices and enjoy warm or toasted with a little Rice Malt Syrup drizzled over the top. 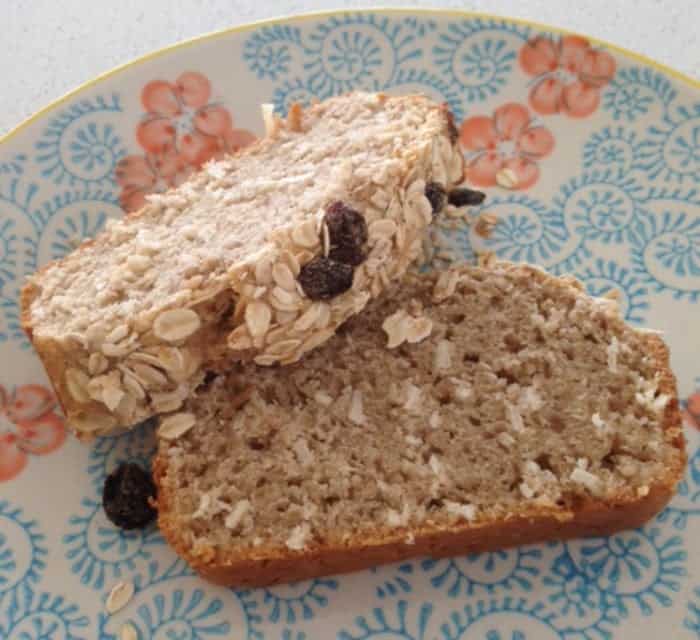 Thanks to the lovely team at Pureharvest, I have a hamper full of Pureharvest goodies to giveaway.  Entry is easy, just leave a comment on this post answering the following question and you are in the running:

What Pureharvest products would you use to make your perfect Breakfast?

Competition closes at 8pm (Brisbane time) on Thursday 18th of September, please see below for full terms and conditions.

The name of the promotion is: Pureharvest Blog Competition

The promoter is Create Bake Make in conjunction with the Pureharvest

The conditions of entry are {insert here e.g.answer the question, one entry per person etc…}

not eligible to enter.

The giveaway will close on 18th September at 8pm (Brisbane time). Comments submitted after this time will not be

considered for the giveaway.

This is a game of skill. The winner will be awarded based on the strength of their answer to the

question ‘What Pureharvest products would you use to make your perfect breakfast?’

been provided after the competition has closed.

Prizes are not redeemable for cash and are non-transferable

The competition is open to Australian residents only.

or greater value will be provided.

The Promoter is not responsible for prizes once they have been dispatched to the winner.

Disclosure: I received products from Pureharvest for the purpose of this review, all opinions are my own and I have received no monetary compensation.