When I think of birthdays, immediately I think of cake.  Because let’s be honest birthdays = cake.  A couple of weeks ago I turned the big 31 (eek!!), and since I missed out on celebrating my birthday last year, thanks to our baby boy arriving 8 weeks early (and I sure would have raged on being 34 weeks pregnant at the time!) I  decided a few months ago I wanted to do something special this year.

Really my party planning was all about the cake.  I pondered if I should make a tried and true recipe and go all out with the decorating, but I then argued (with myself, as you do) that I should try something different. I spent hours (seriously I did!) getting lost in the web that is pintrest, writing down ideas as I went and getting more and more confused as to what I was going to make.

Then last month while reading one of my favourite blogs (Fat Mum Slim) I came across this recipe for  White Chocolate Mud Cake with Violet Crumble and I immediately knew I had to make it. 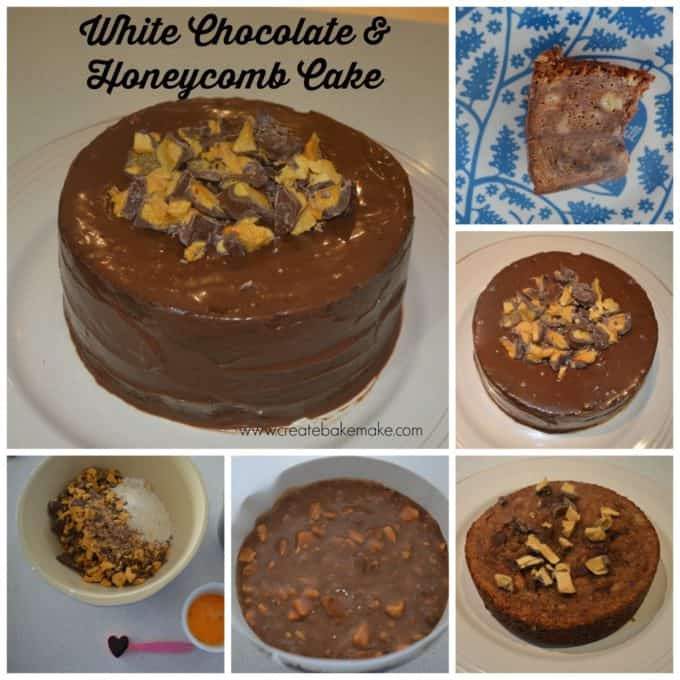 The day before my birthday dinner, I had set off in search of Violet Crumbles, but to no avail.  Neither of the major supermarkets at our local shopping centre had them in stock, so instead I settled on a packet of home brand honeycomb pieces.

I had the best intentions of making this cake the morning of my Birthday Dinner, but then a little thing called life got in the way and in no time it was 2pm and still no cake in the oven.  When I finally sorted myself out and started to make it, I realised I had misjudged the amount of chocolate needed in the original recipe. As you can imagine, I was in a awesome mood by this point.

A quick decision was made to instead make a simple melt and mix white chocolate cake, based on one of my favourite Donna Hay recipes, simply because I had enough white chocolate for it.

I added approximately 300g of roughly chopped honeycomb pieces to the cake batter, popped it in the oven and hoped for the best. 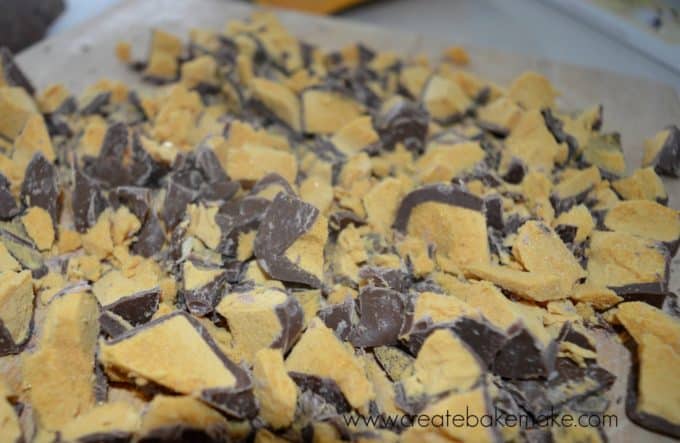 Knowing I was going to be pressed for time, I made the milk chocolate ganache while the cake was cooking, as you really need to give it time to set to the right consistency.

At 4.30 the cake was out of the oven.  I let it rest in the tin for only 15 minutes before carefully transferring it to a wire rack in the hope it would cool quicker.  5.30 came, I was no where near ready and the cake was still warm to touch.  I carefully cut it in half and placed it in the fridge.  After setting a new record in getting ready, it was 6.15 ,and with only 45minutes until I needed to be at the restaurant I knew I need to ice the cake,  it was now or never.

Thankfully the cake had cooled enough, so the ganache wasn’t going to completely melt and run off the plate.  I sprinkled some extra chopped up honeycomb pieces over the top of the bottom layer of the cake, before adding a thin layer of ganache and putting the top layer on.  It took a further 5 minutes to then cover the whole cake with chocolate ganache and decorate the top with more honeycomb pieces…. we were ready to go with 5 minutes to spare! 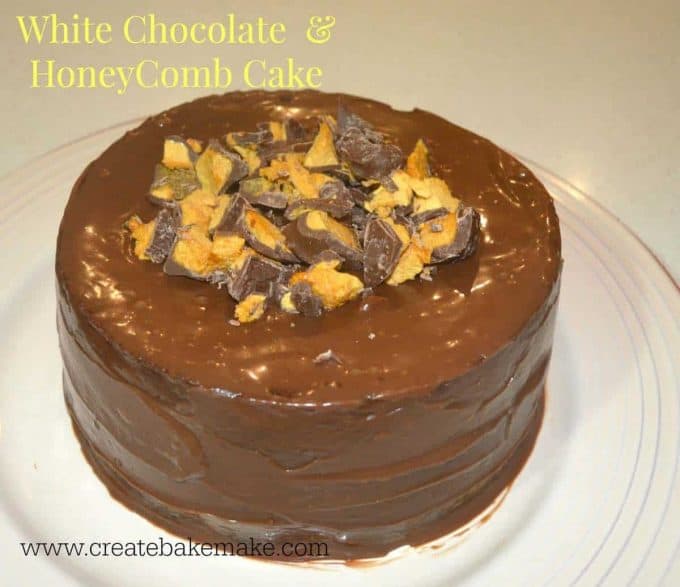 It certainly isn’t the prettiest cake, and I’m going to admit I had consumed a couple of glasses of wine by the time we actually tried the cake, however I can remember it tasted delicious.  The milk chocolate around the honeycomb pieces had melted to combine with the white chocolate, giving the cake an amazing flavour.  The honeycomb pieces sprinkled throughout made it just that extra special and all  added to the chocolately goodness.  Fortunately my designated driver remember to bring home the few remaining pieces that were left over, and when I tried a piece the next day it still tasted incredible.

If you are looking for a cake that is not only easy to make but tastes delicious, then this is the one for you. 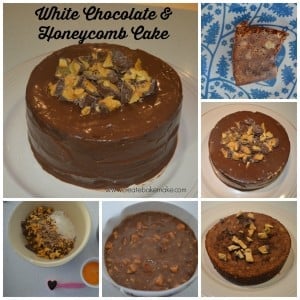