I can’t believe it’s taken us so long to make these yummy Two Ingredient Pancakes!! 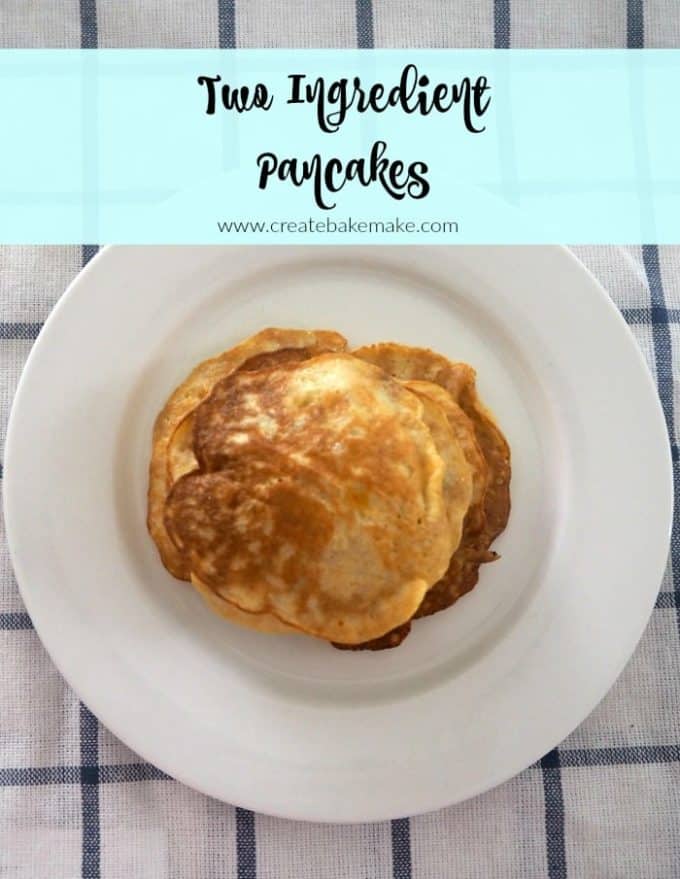 Late last year I started on an eating plan (in conjunction with exercise) to not just help me lose some baby weight, but to make sure I was getting the enough of the right foods to keep my body working well.  I soon discovered that while the foods I was actually eating were quite good, the quantity I was eating was waaaay out of whack and I was not eating anywhere near the amount of food that I needed to keep fuel my body, especially since I’m also still breast feeding.  One of the breakfast meal suggestions I was given was for two ingredient pancakes and since I’ve started making them, the boys have quickly discovered they have an appetite for them too! 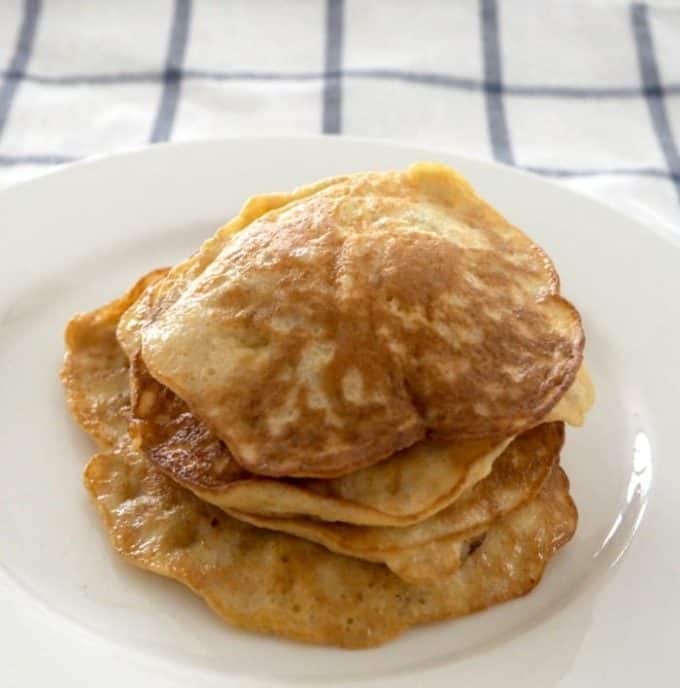 This recipe makes enough for one serve on pancakes (I like to make four small ones) but if I’m feeding the boys as well, I simply double the recipe.  I eat mine with a little peanut butter (which the boys also love) but they will often want to top their pancakes with strawberry jam, maple syrup and fruit. 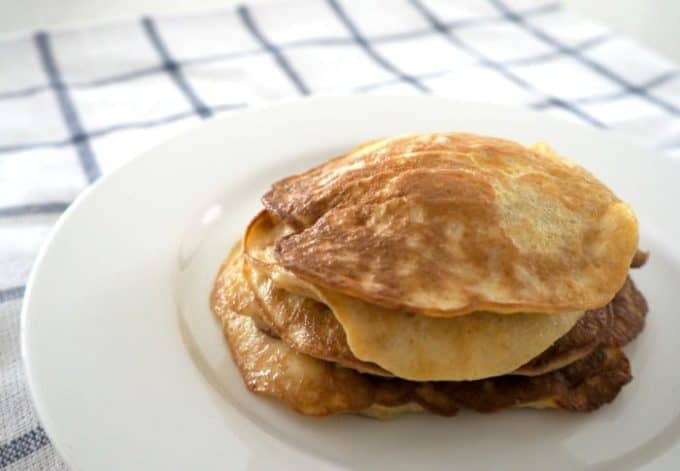 I was initially apprehensive about the idea of cooking pancakes for breakfast, thinking that it would be too hard of a task to juggle during our already chaotic mornings, however I can have these pancakes prepared and cooked in around 10 minutes – perfect! 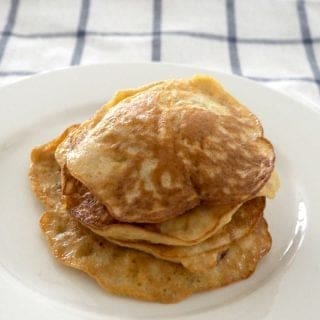 This recipe can easily be scaled up to make a bigger batch of pancakes depending on the number of people you wish to make them for. Simply add equal quantities of egg and banana.
These pancakes also make a great lunch box snack for the kids. 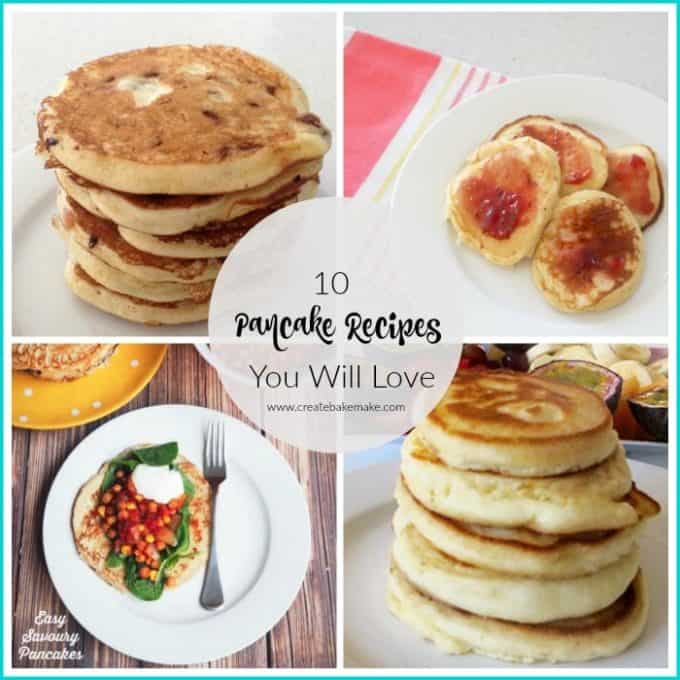