After spending the majority of the past five years either being pregnant, trying to get pregnant or breastfeeding, I’ve now decided it’s time to ‘take back’ my body.  Prior to having babies,  I had heard all the stories of  women being able to eat whatever they wanted  while breast feeding and the weight just ‘falling’. Alas this has never been the case with me – in fact I’m the opposite!  I tend to retain a lot of fluid and extra padding whilst feeding and it then ‘falls off’ when I stop.

Since I stopped feeding two months ago, I’ve really stepped up campaign “get back my body”.  We generally eat pretty well, and I try to make healthy food choices for our family, however with the arrival of cold, dark winter days, a hubby who has been working long hours and to top if off two sick little boys, I had been making poor food choices for myself (or not eating at all) and was feeling pretty “blergh”.  I’d actually been looking into doing a detox, so it was perfect timing when Schkinny Maninny asked if I’d like to try their three day juice detox program.  I think it was meant to be, as my detox was due to start the week after my birthday, and after consuming just a few wines and waaaay too much of my delicious birthday cake over the weekend, I was bloated, tired and cranky heading into the detox.

I wasn’t too nervous about  surviving on juice alone for three days, as I often substitute smoothies for meals.  The boys were  excited when the eskies containing 18 bottles (six for each day) of juice arrived, they had a ball pushing them around the floor and it was all fun and games until baby boy decided to take a bite out of one. 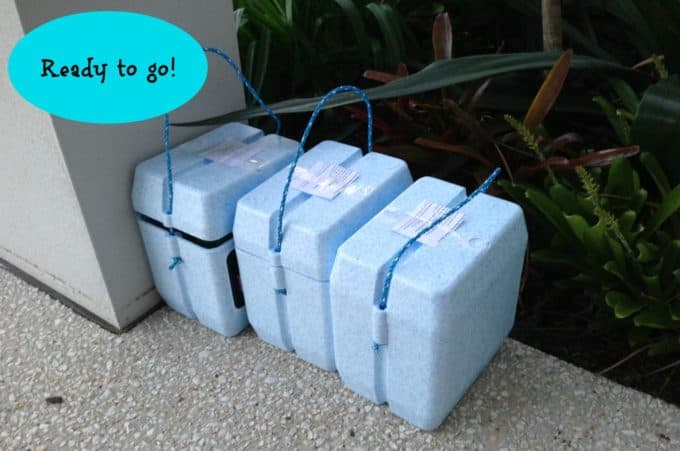 Schkinny Maninny makes it really easy for you. All the juices are clearly labelled as to what order you need to drink them, and you also receive a little goody bag filled with containers of pepitas and sunflower seeds, Peppermint detox tea, a loofah and a bath soak which they suggest you enjoy on the second night.  It is pretty amazing that each bottle of juice contains between half to one kilo of fruit, vegetables, nuts, seeds and legumes.  Sadly there is waaaay more good stuff in just one bottle of juice that I had been eating in a whole week!

My husband was pretty skeptical about it all, he was worried I’d be even crankier than normal and honestly didn’t think I’d make it through the three days on juice alone.  He was more than a little surprised (ok, he didn’t really believe me!) when I told him it wasn’t a low calorie diet, and I would still be getting around my recommended daily intake of calories.

Day One:  I found that I didn’t need to drink the full bottle before I felt full.  I will admit to being a little scared of trying the ‘green’ juices, but was surprised and actually enjoyed them (my least favourite was the Green Salad juice).   By mid afternoon I was feeling a bit ordinary. I was tired, cranky (so no different to before starting the detox!) and I also had a mild headache.  I kept going, and had an early night as suggested in the handy information kit included. 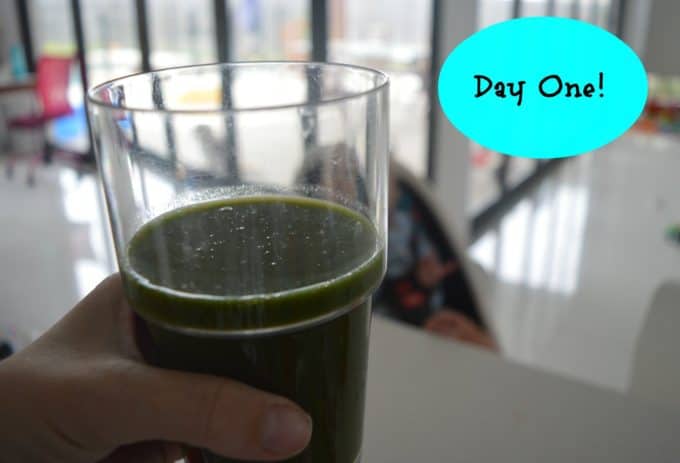 Day 2. I felt pretty lousy when I woke up.  Tired and in a bad mood even though I’d had a great nights sleep. By lunch time I had got my second wind.  My energy was returning and the bloated belly was disappearing fast (woohoo!).   My headache was long gone and while I was missing my coffee, I really enjoyed the tea Schkinny Maninny provided.  Late in the afternoon I started to feel like I was coming down with a cold, I had a bit of a blocked nose and watery eyes. I wasn’t able to enjoy the suggested bath as I was on my own that night while my hubby was at work.  Although it was chaos as normal, I was surprised that I wasn’t ‘hungry’ and was able to keep my cool with the boys – although I admit they may have been put to bed a bit earlier than normal 🙂

Day 3. I was actually a little sad that I only had one day of juices left to go. As well as being full of energy and feeling great, I was also really enjoying the convenience of the pre-packaged juices. While I still had some cold symptoms (runny nose and sneezing) I was so full of energy , the boys and I went on a baking spree and I honestly didn’t even have the urge to lick the spoon.

One thing I will mention that is especially important for those of us with dodgy pelvic floor muscles, was it felt like I needed to go to the toilet ALL OF THE TIME!  Admittedly I was expecting this considering the amount of juice and water (Schkinny Maninny recommend you also drink 2 litres of room temperature water each day)I was consuming, but when you have two little boys who just have to follow you to the bathroom, this wasn’t much fun and I felt we ALL were spending half the day in there.

Fast forward to almost three weeks post detox and I am still feeling the benefits.  I lost 2.6kg over the three days I was on the detox, and I’ve been able to maintain this weight since.  I followed the advice not to gorge myself on food post detox, and honestly I actually wasn’t overly hungry on the fourth day.  I’ve found myself enjoying food much more, and have craved fresh fruit and vegetables over processed food.  I’m no saint, and I have started drinking coffee again (I’ve cut back to just two a day which is a BIG deal for me) and I’ve overindulged a couple of times, but have regretted it in the hours/days that followed when my bloat and general ‘blergh’ feeling has returned.

I’ve also been more careful with not only my own, but also my husband’s food portion sizes, as I’ve come to learn we really don’t need to eat as much as we think we do.  Below is a recipe for Roasted Pumpkin Tomato and Green Bean Salad, while it may not look like a lot, it was enough to feed two adults, two toddlers with one small serve leftover. 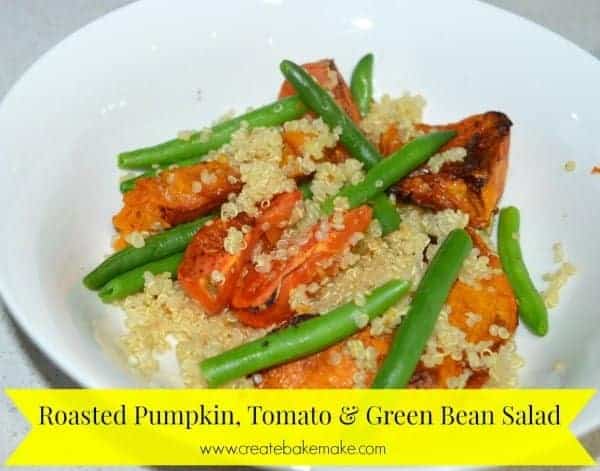 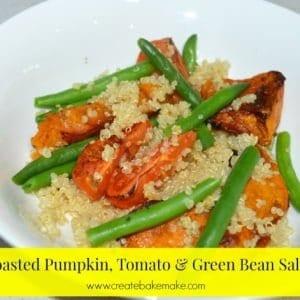 Tried this recipe? Please leave a rating and tag me on Instagram! Mention @createbakemake or tag #createbakemake!
So would I do a detox again –  Yes.  While there were times I felt a bit yuck, overall it was a positive experience and gave me the momentum I needed to adjust my diet and lifestyle.

If you would like to find out more, visit Schkinny Maninny and feel free to contact me if you have any questions.

Have you ever tried a detox before? How did you find it?

Linking up with the wonderful Jess from Essentially Jess for IBOT