Whenever we went shopping with our Nan as kids, we would always have to make a stop at the local bakery for a treat.  Our standing order was always a large Boston Bun to take home, a piece of Jelly Slice and a Lamington. I must admit to not being a big fan of the Lamingtons from the bakery as I really didn’t like the jam and cream they added to them. Thankfully as I’ve matured, my tastebuds have changed and I think a Lamington is incomplete without the addition of a thick layer of raspberry jam and fresh whipped cream.

I drew on these childhood memories when it came to making this Lamington Layer Cake.  The idea for this cake has been on my mind for awhile now, and with Australia Day coming up this weekend, there seemed to be no better time than to make it. 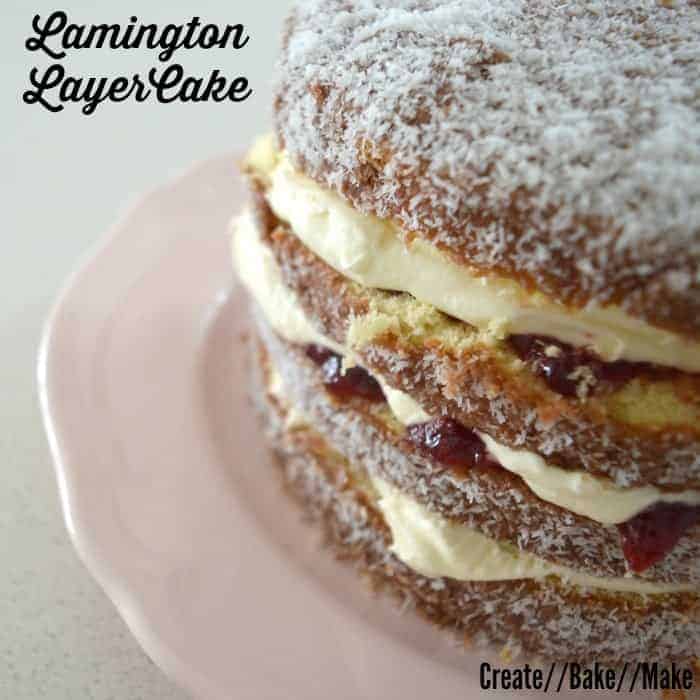 Please don’t be put off by all the steps when it comes to making this cake – it’s actually a lot simpler than it looks! In fact you could even use store bought sponge cakes if you prefer.  When making this cake, you need to get your hands dirty.  I found the easiest way to ice and cover it with coconut with using both of my hands and pouring the icing/coconut over the top. 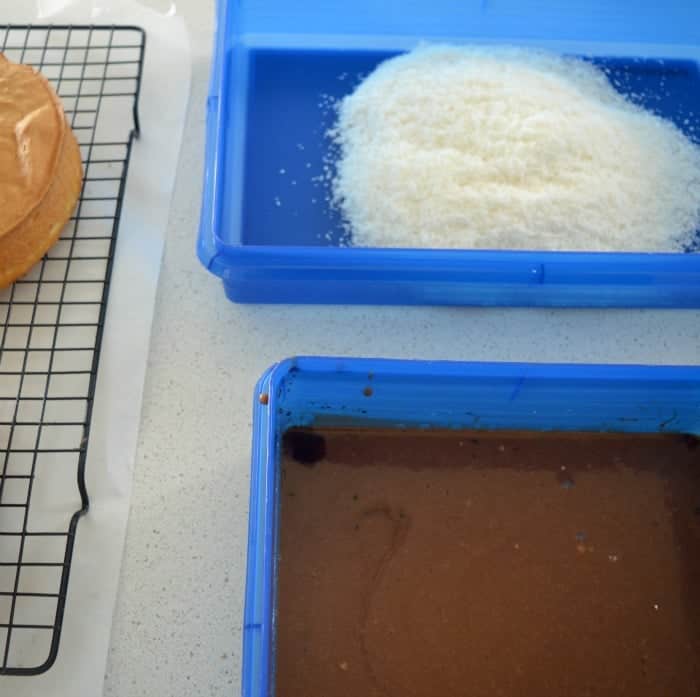 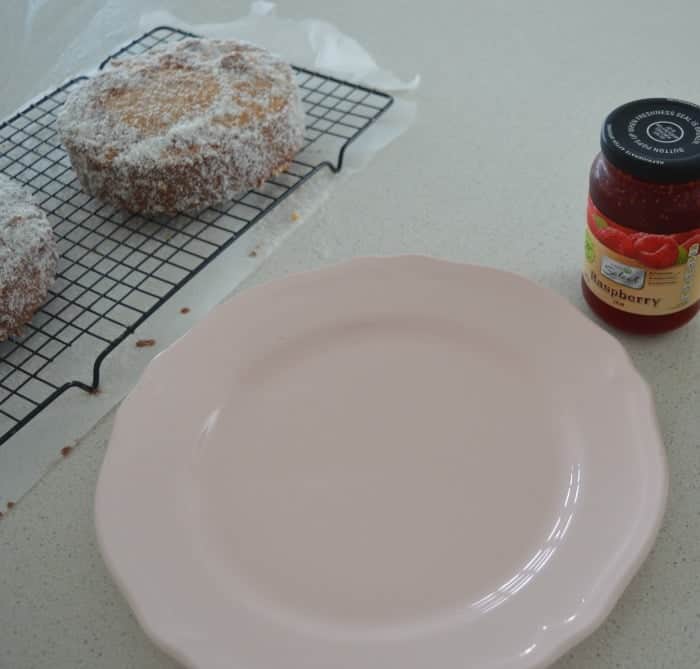 I was also very generous with the jam and cream between each of the layers, and when I tasted a slice, this really made all the difference and turned what would otherwise by a ‘boring’ sponge cake into something really amazing. 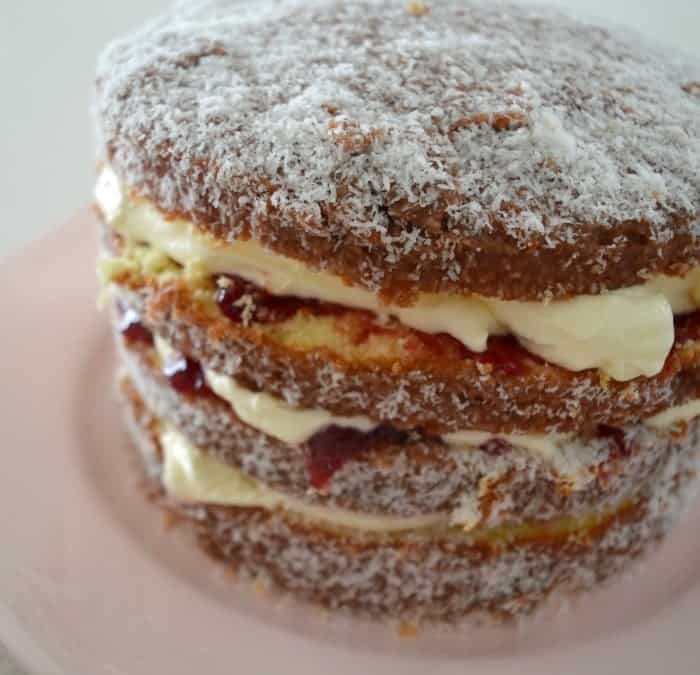 This cake would be the perfect dessert at any Australia Day celebration you have planned over the weekend.  If at all possible, make the sponge the day before – it just makes it a little easier to ice. 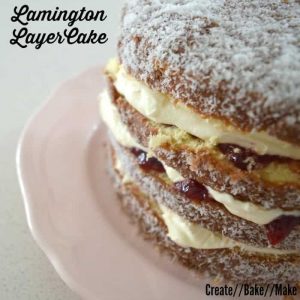 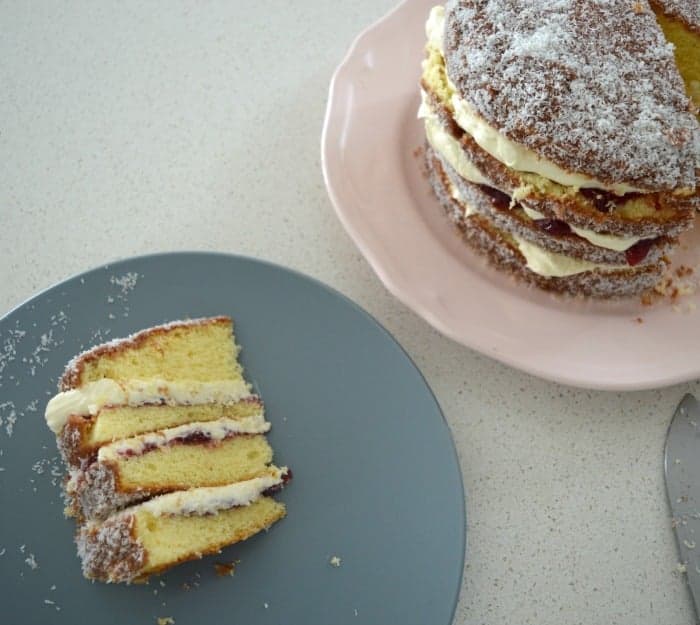 How are you celebrating Australia Day this weekend?