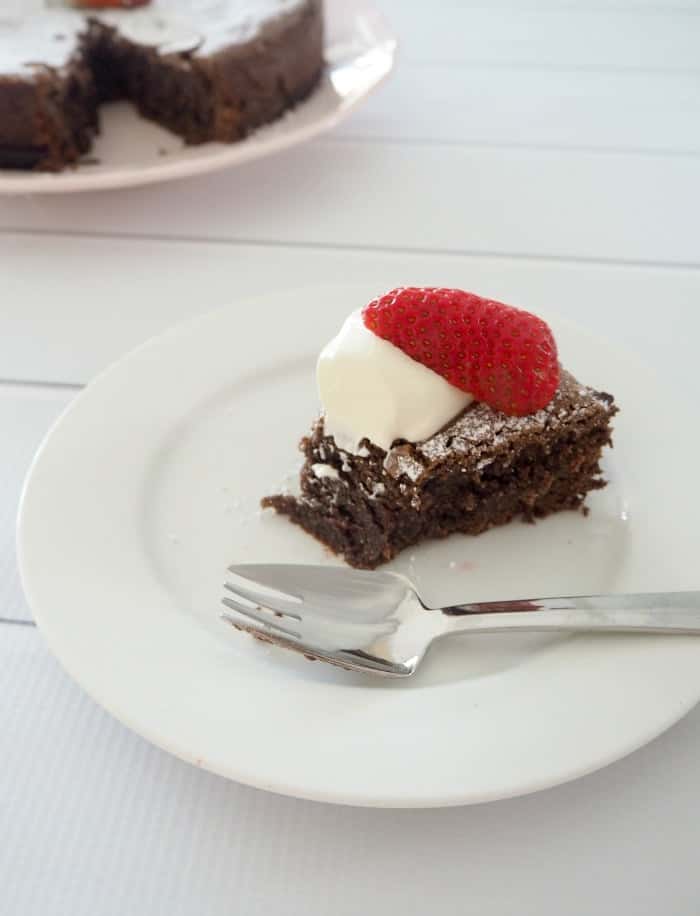 I knew I couldn’t go wrong with combining chocolate and cashews, after all who doesn’t love cashews?!? They are one of those snacks that I can never resist and while I’ve used them in stir fries and curries before, for some strange reason I’ve never used them in my baking! 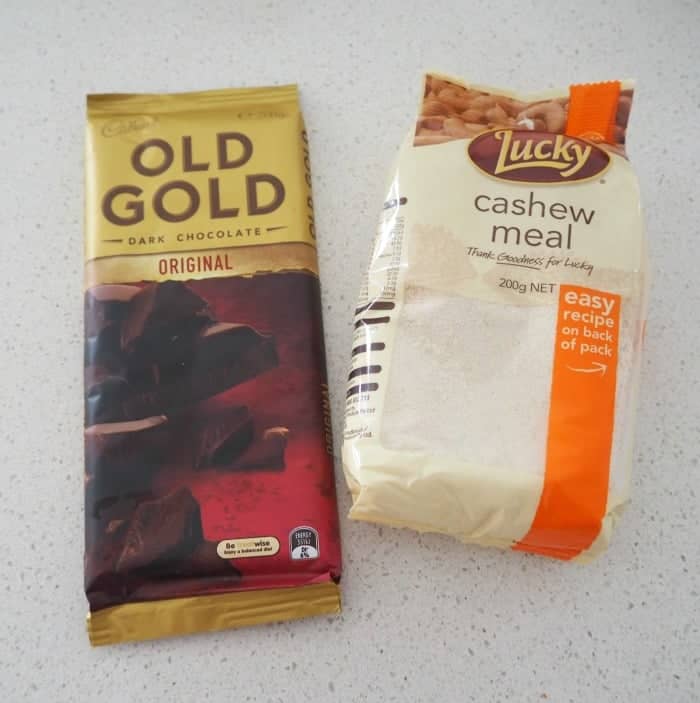 Lucky Nuts has become the first retail brand in Australia to launch their very own Cashew Meal and I’ve had some fun incorporating it into a few different recipes over the past couple of weeks.

Cashew Meal is the latest superfood to arrive on supermarket shelves and it makes a great alternative to Almond Meal – which is what is normally used in ‘flourless’ cake recipes.  It’s extremely nutrient dense and is packed with protein, iron and magnesium. It’s also contains a high level of zinc which according to Leading Nutritionist Kara Landau can help fight infections.  Kara also advised that the magnesium contained within cashews is great for us as it can help to protect against heart diesease and help the body’s muscles to relax after a workout and help prevent soreness – which I definitely need all the help I can get with!

While we all enjoyed the Cashew Bliss Balls and even a Cashew Muesli Slice that I made, my favourite creation using Lucky Cashew Meal by far was my Flourless Chocolate and Cashew Cake – no surprises there!  You can also use Cashew Meal as an alternative to bread crumbs – I’m seeing some Cashew crumbed Chicken Nuggets in our future! 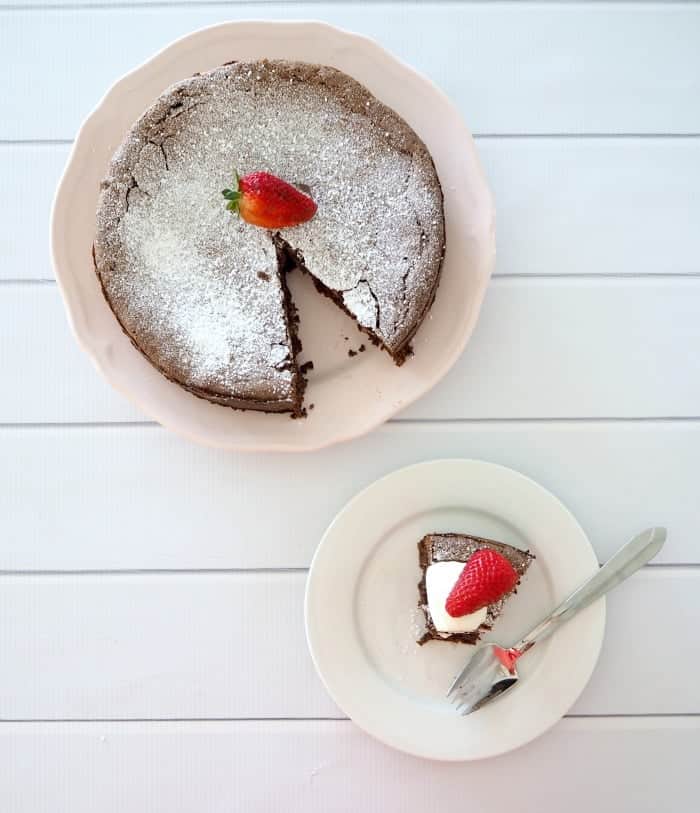 Learn how to make this delicious Flourless Chocolate and Cashew Cake here: 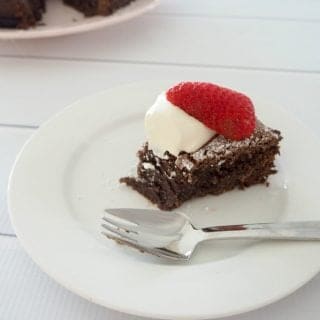 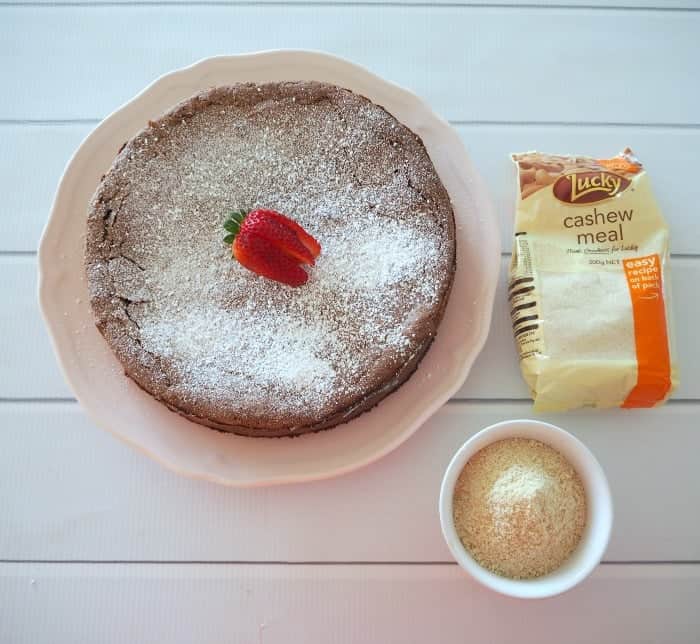 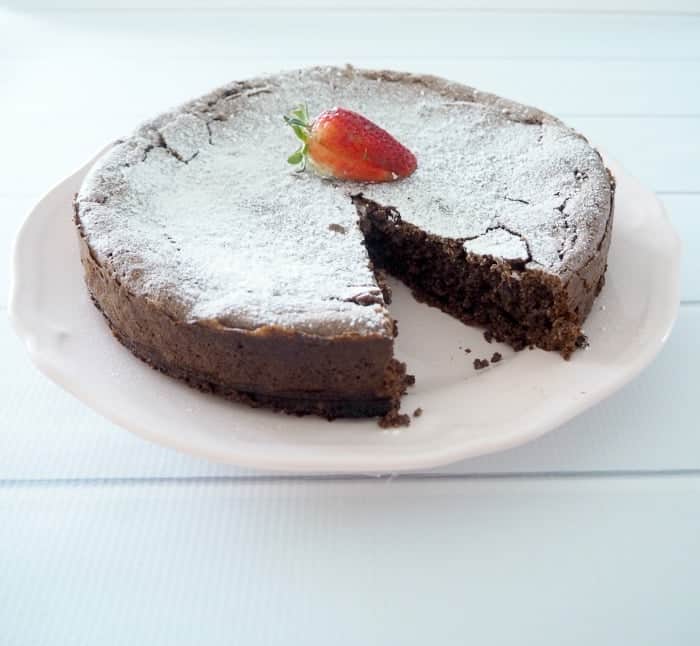 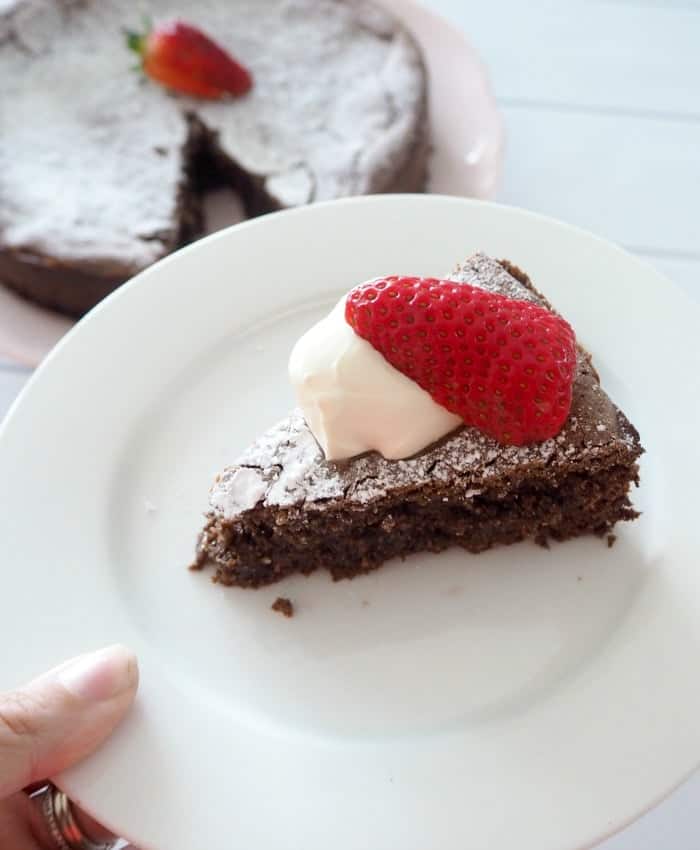 You can find Lucky Cashew Meal next to their Almond and Hazelnut Meal in the baking aisle of your local Coles Supermarket. 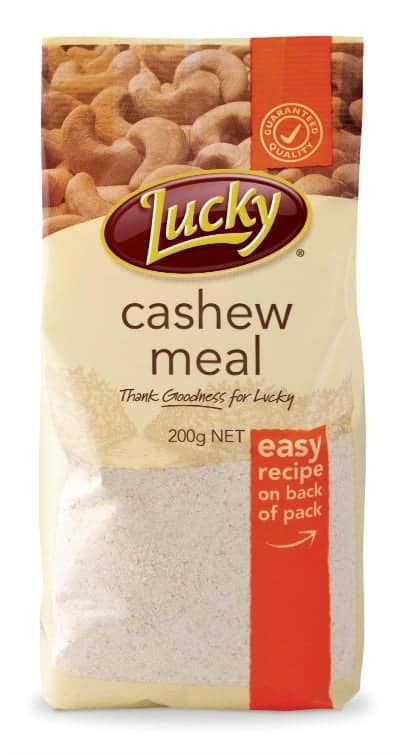