This week I’m handing over to Lucy from Bake Play Smile to share her yummy and easy Ham Potato and Leek Soup recipe – enjoy!

Even though it’s the start of Spring, we all know that quite a few parts of the country take a while warm up. So here’s my yummy Ham, Potato and Leek soup recipe to get you through the last of the colder weather… and also because soup is just a perfectly yummy, healthy and vegie-packed meal at anytime of the year! 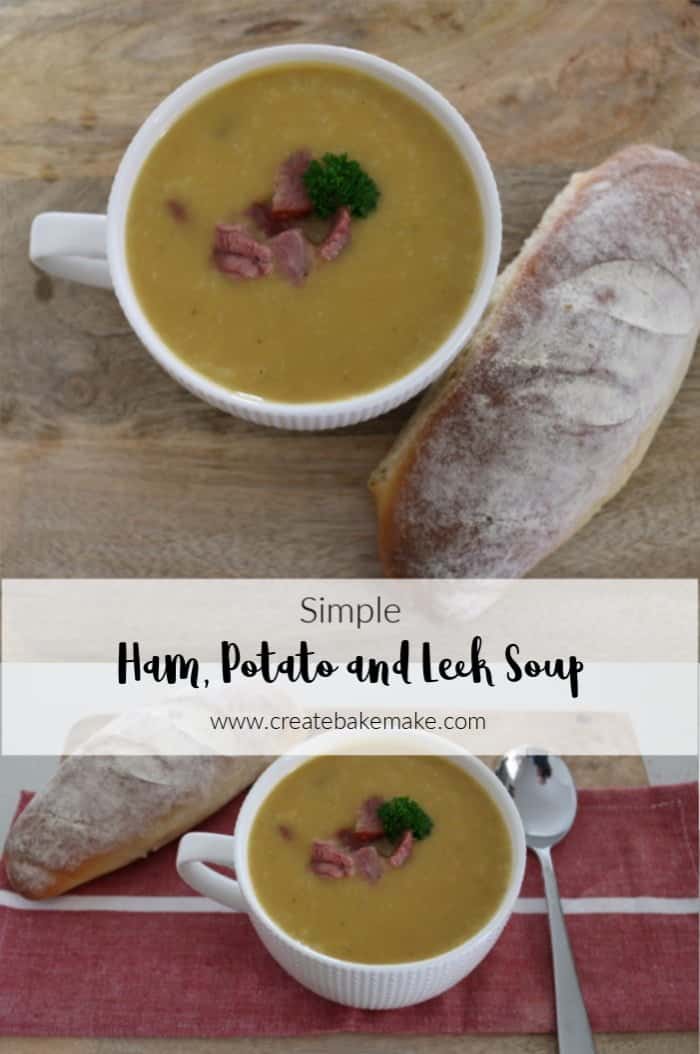 The other weekend Mum came around to my house armed with all of the ingredients to make Ham, Potato & Leek Soup. It was a cold wintery Saturday so  it was perfect soup making weather! I’ve made potato & leek soup as well as pea & ham soup before, but I’ve never thought to put a ham hock into my potato & leek soup.

Mum had seen this soup being made on Better Homes and Gardens the night before and had the magazine on hand… so off we went. I was a little sceptical at first because I usually prefer clear soups or chunky vegetable ones over the creamy versions, but this one really surprised me. It was creamy but not over the top! Usually I get a little happy with the salt (on pretty much everything!!), but we didn’t add any into this recipe and it really didn’t need it – the ham hock was salty enough. 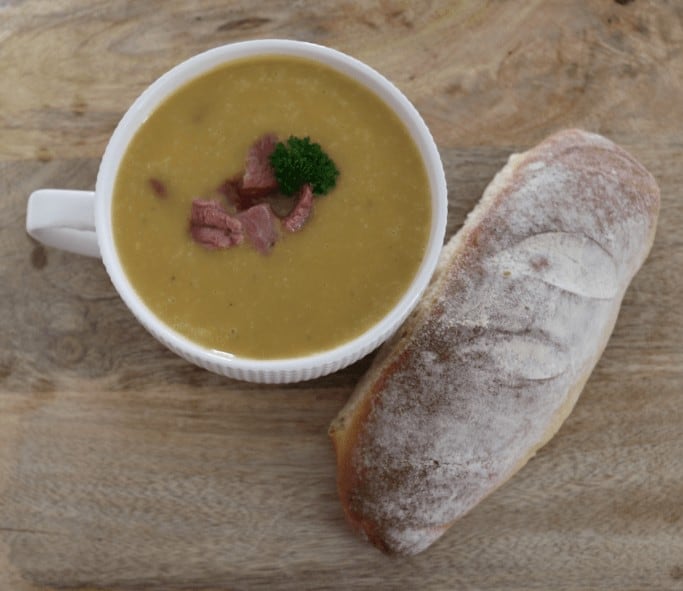 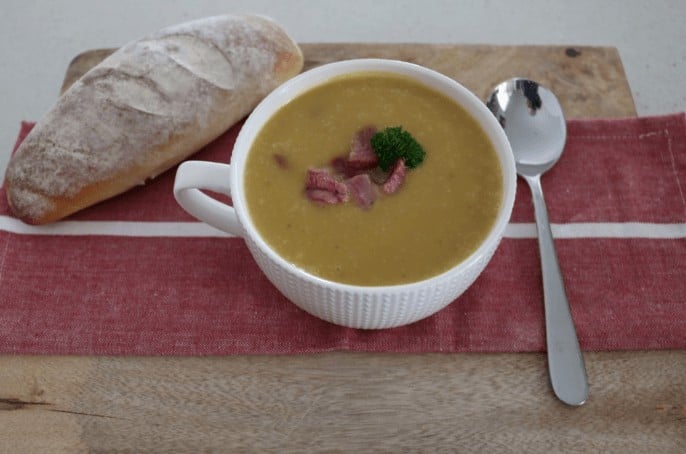 Tips for making this easy Ham Potato and Leek Soup: 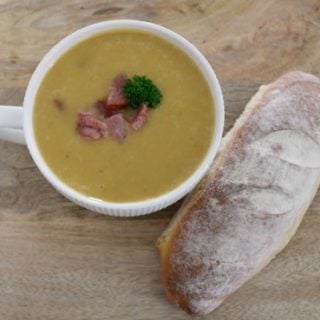