All weekend I had been gearing myself up to make risotto, and not just any risotto but my Cheesy Corn, Pea and Pumpkin Baked Risotto, using the fail safe Donna Hay Baked Risotto recipe as a base.  I was convinced we  had all the ingredients in the pantry, and didn’t bother to check anything.  I was so certain I had everything I needed, that  I roasted the pumpkin, cooked the onion, garlic and corn and added them to the casserole dish before wandering into the pantry to get the stock – but it wasn’t there.  Telling myself it must be sitting right in front of me and I just wasn’t seeing it, I turned the pantry upside down.  Still no stock.

As my frustration grew, I became more determined to either find the stock, or something I could use as a substitute.  When I came across a Continental Chicken Curry pack I thought I could just use this as a substitute.  However as this recipe called for 5 cups of stock, I thought I might be skimping on flavour so I also added 1 pack of Continental Creamy Chicken and Corn Soup – without the croutons 🙂 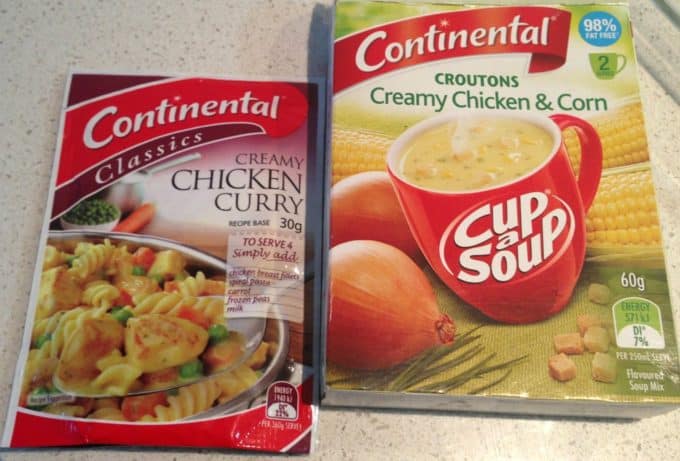 With my frustration beginning to subside, I got on with adding the remaining ingredients for this risotto – 2 cups of arborio rice and 1 cup of frozen peas. 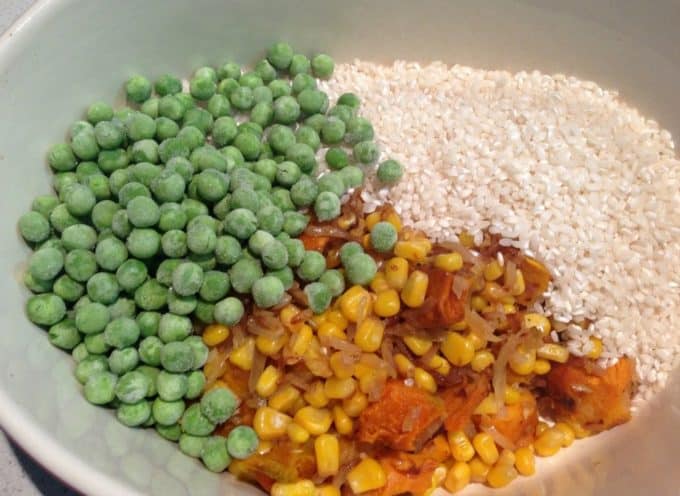 I was feeling cautiously optimistic when I combined the two continental packets with four cups of water.  When you add the liquid, be prepared it is going to look as though you have put in WAAAAY too much.  Relax, it’s ok! 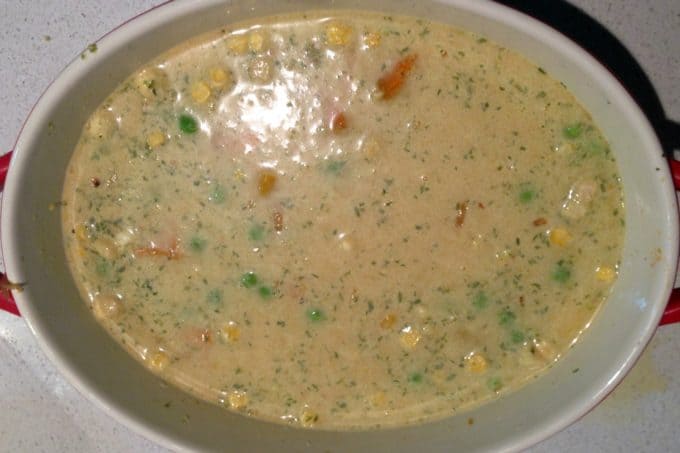 I preheated our oven to 190 degrees (fan forced) and baked the risotto (with the lid on) for 40 minutes.  I then removed it from the oven, added parmesan cheese, butter, salt and pepper before putting it back into the oven for a further 45 minutes – until the rice had cooked through. 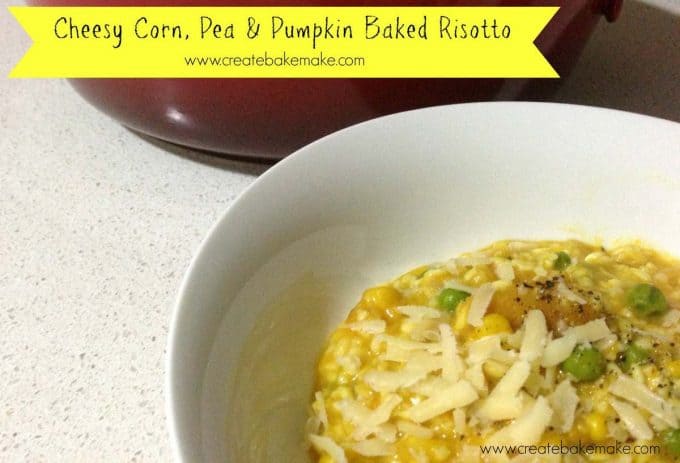 I was a little worried that what the flavour was going to be like, but there was no need.  You could certainly taste the curry, but it was very mild and I had no concern giving it to the boys. It ended up being a popular meal in our house, both the boys ate all of their dinner and my husband and I both enjoyed it.  There was more than enough for leftovers the next day, which I always love. 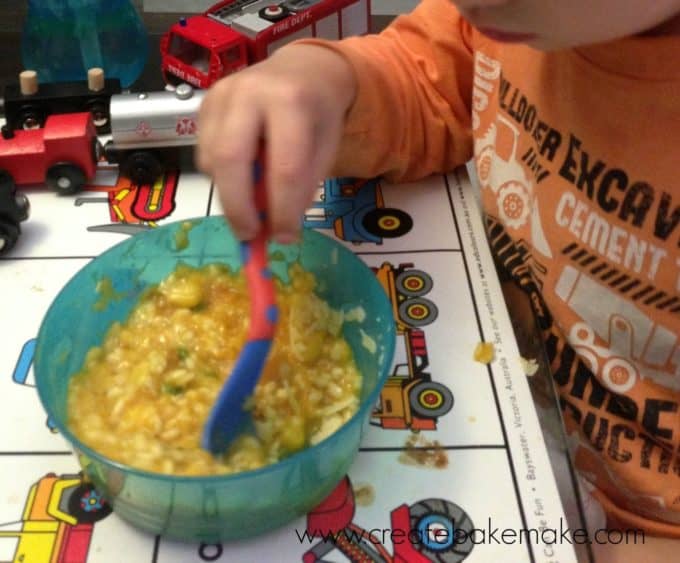 This is such a great base recipe, you can really add as much (or as little) to it as you like.  What I really love about it though, is that it really doesn’t require much work (as long as you have everything you need in the pantry) to get a yummy meal on your plate – or bowl if you prefer!

I’ve since made a few different variations of this recipe, and have started using packet soup mixes instead of stock – we’ve discovered some great flavours! 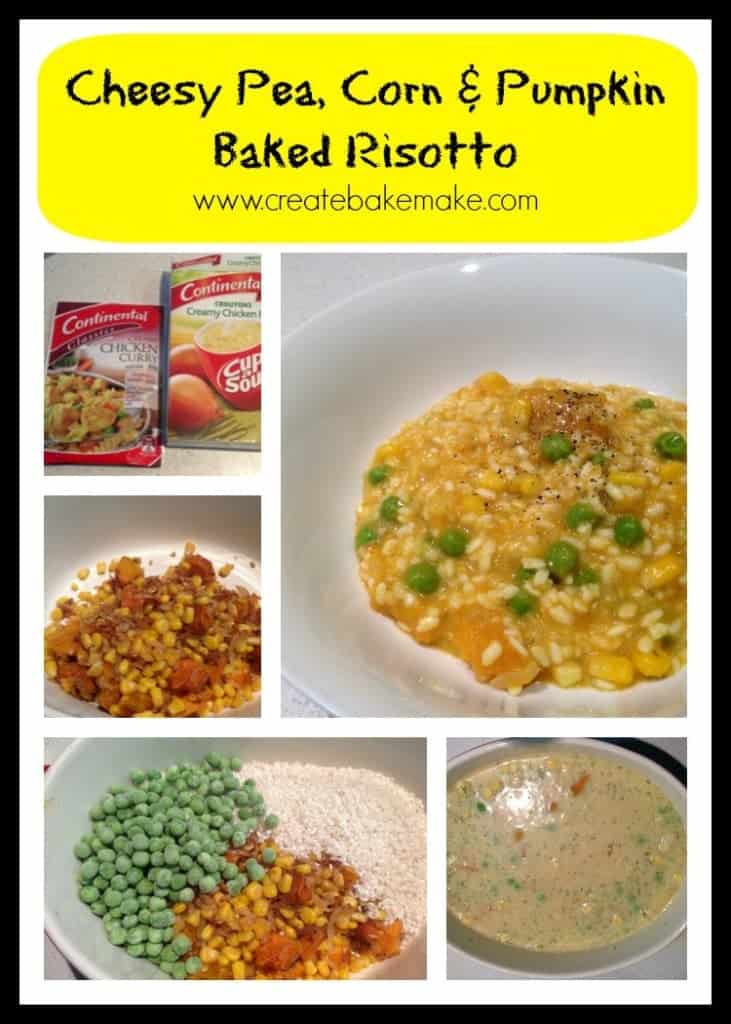 Here is what you need to make this at home: 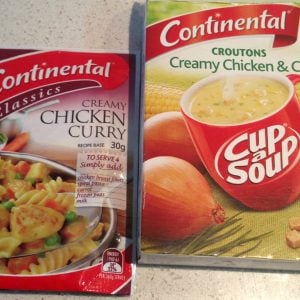 Have you ever had to substitute ingredients when making something? How did it turn out?

Linking up with The Multitasking Mummy for Mummy Mondays.